Here’s something interesting that appeared in our inbox this evening. According to our tipster SulfoDK, the middle iPhone antenna below will be the new ‘iPhone 4S’ antenna band. It appears to simply be the current CDMA antenna with a SIM card tray cut out in a similar spot as the GSM iPhone 4 (and as such could be faked or prototyped fairly easily). With the amount of advertising on these images and the easy in which it could be faked, we are wary.

But the idea works out on some levels and here’s why: If Apple were to build only one ‘iPhone 4S’ for 2011-2012 season, they could sell what is basically the Verizon iPhone 4 with its worldphone Gobi chip and an added SIM tray to every carrier. It would make sense to keep that overall same antenna design since it already works well on Verizon. Earlier cases seem to indicate the same thing.

For clarification below, the frame on top labelled ‘4G’ is the current GSM iPhone 4. They are using ‘4G’ in the AT&T/T-Mobile sense. 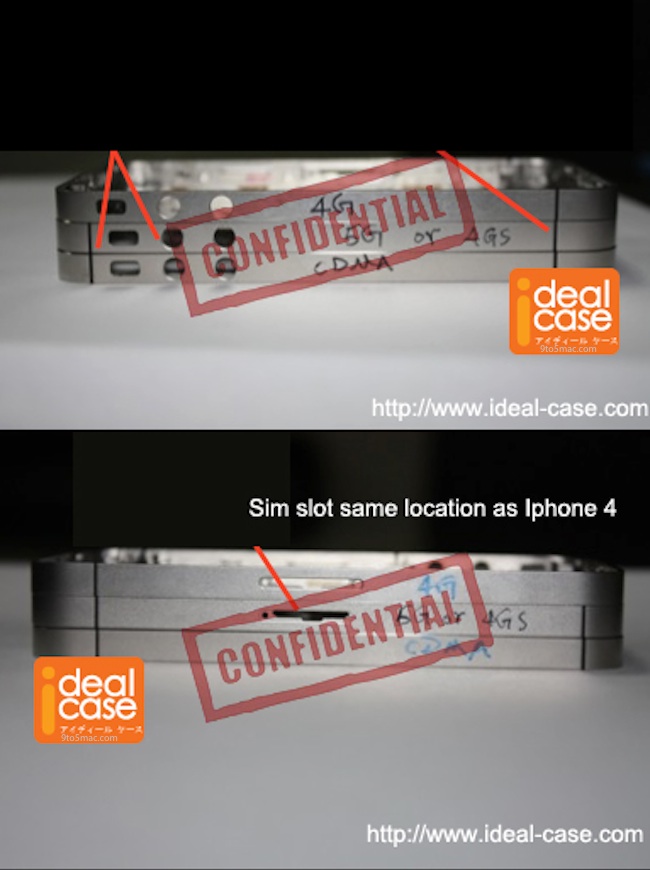 Top and bottom views below: 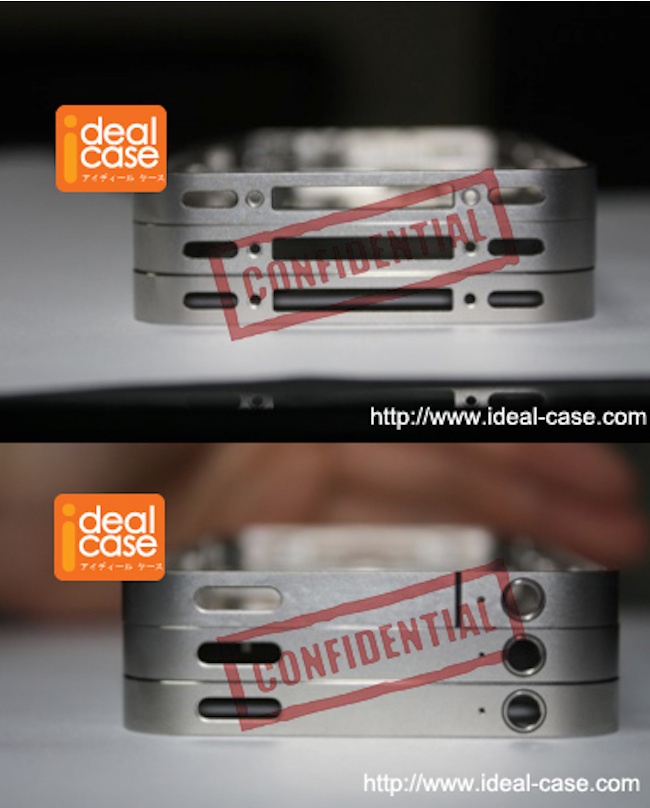