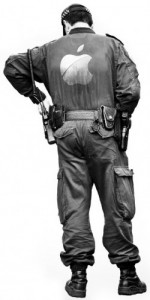 Update: SFWeekly is now reporting that SFPD did in fact assist Apple in the search of the Bernal Heights man’s home.

A Bernal Heights man claims six men claiming to be San Francisco Police searched his home in July alleging they had traced a prototype next-gen iPhone to the location, this according to a report from SFWeekly. This comes after a report from CNET yesterday detailing the story but claiming police and Apple employees were actually involved. San Francisco police later denied the incident.

“Calderón said that at about 6 p.m. six people — four men and two women — wearing badges of some kind showed up at his door. “They said, ‘Hey, Sergio, we’re from the San Francisco Police Department.'” He said they asked him whether he had been at Cava 22 over the weekend (he had) and told him that they had traced a lost iPhone to his home using GPS”

After an extended search of the man’s property turned up nothing, the intruders allegedly offered $300 for the device’s safe return and also left a phone number. SFWeekly says they’ve called that number and claim it was answered by Apple Senior Investigator and former San Jose Police sergeant Anthony Colon who declined to comment. 9to5Mac discovered that Colon has just deleted his LinkedIn profile, which confirmed his status as an Apple employee (saved image of that profile embedded below the fold).

While there is no proof that the men involved were associated with Apple in any way, Caldeorn reports, “They made it seem like they were on the phone with the owner of the phone, and they said, ‘The person’s not pressing charges, they just want it back, and they’ll give you $300”. There have been allegations that the original story posted by CNET was a publicity stunt, possibly orchestrated by Apple. However, we cant’t help but feel like Caldeorn’s description of the men doesn’t sound very Apple-employee like.

One thing is for sure…SFPD have no record of searching Caldeorn’s home but plan to investigate his allegations.

We’ll update you with more as it becomes available… 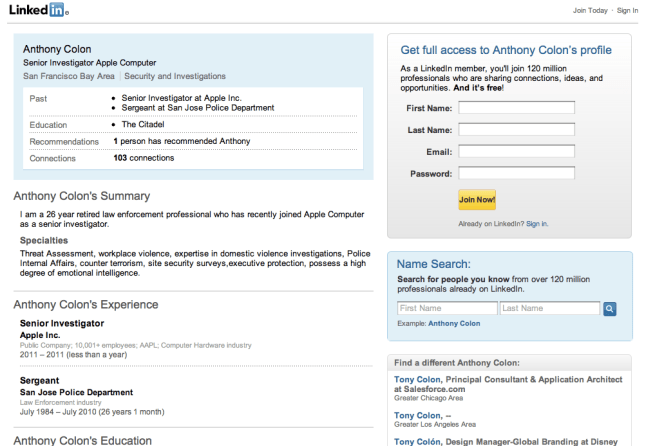