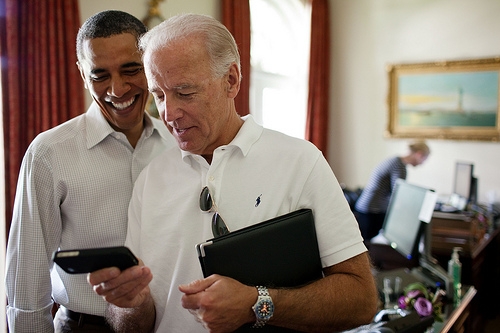 But another peculiarity of the ITC is that its rulings can be waived by the president. Verizon thinks it would be great if President Obama, in a blanket statement, made clear he would not let stand any decision blocking importation of consumer wireless devices. The parties then would have to recur to normal patent litigation, and whatever rights and wrongs are discovered could be settled by exchanges of cash. Mobile is a rare industry exhibiting growth, job creation and animal spirits. Who needs a paralyzing meltdown?

It will be interesting to see if the President will override if Apple wins any of the blockades it is seeking against Android devices in the ITC.  IF he does, Apple/Google/Microsoft/whoever will have to go through the longer patent dispute process.

Both iPhones and Android devices could be blocked by pending ITC rulings.

In its 2006 eBay decision, the Supreme Court made it harder for companies to win injunctions against infringers—to ban their products. This, and the fact that most cellphones are assembled overseas, sent many disputants running to the International Trade Commission, an administrative agency largely empowered by the 1930 Tariff Act. The ITC can also hear patent disputes, and while it can’t award damages, it can drop the nuclear bomb of blocking infringing devices from being imported.