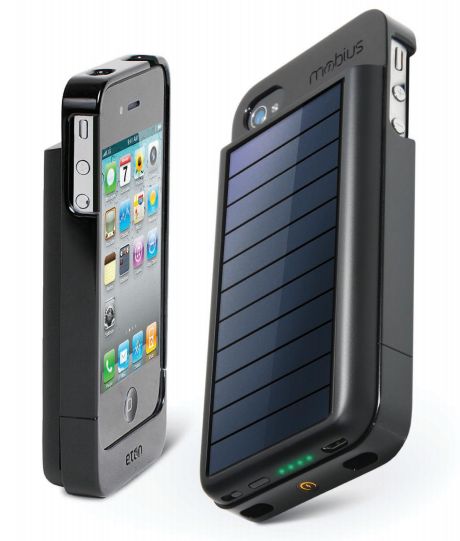 Let’s not pretend that Apple isn’t thinking about Solar charging its iOS devices.  It even registered iPodsolar.com in 2007.  Until the solar iPod is released, however, there are other ways to charge your iOS device from the sun.

Etón today announced the availability of their Mobius NSP300B Rechargeable Battery Case for iPhone 4, which was originally announced this year at CES.

The admittedly stylish (for having a solar panel strapped to it, that is) case packs in an 1800 mAh rechargeable lithium ion battery, high-efficiency monocrystal solar panel, and micro USB to charge the battery on cloudy days and nights. Other features include LED charge indicator lights and a stand by switch to turn off direct power transfer. In other words, hitting the stand by switch will let you to collect power without using it, allowing you to control when the case is actually powering your iPhone. 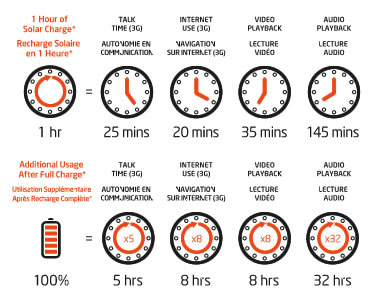 We also told you last week about LilyPad, a solar powered iPad case currently being funded on Kickstarter and available for pre-order now.