Will the iPhone 4S be the only iPhone launched at Apple’s Fall event? 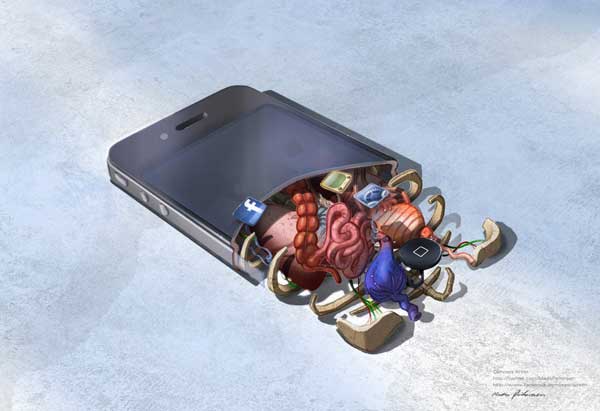 Last week, we heard that iPhone 4S devices, ones identical in appearance to current iPhone 4s, were rolling of the assembly lines in big numbers. The only differences in this model are the 8 Megapixel camera and A5 Processor. Everything else is the exact same. In fact, Apple employees could be carrying these around without anyone knowing. The ‘iPhone 5′ lost in a bar might have looked like an iPhone 4.

The bad news is that we reported that there were design and production delays that could have pushed the iPhone 5 launch back.

It appears that the tear-drop shaped iPhone 5 with larger screen and thinner, rounder body is seeing continued design and production delays, at least on one assembly line (Apple has multiple production sources – Pegatron, Foxconn, etc). We therefore think that iPhone 5 will be delayed slightly at the very least and may see shortages all the way into 2012.

Since then, we’ve also heard that those iPhone 5 delays might push the teardrop iPhone 5 out until 2012. This is from two separate, additional sources who have ties to Apple and its manufacturing partners. We don’t want to believe this but we’re hearing it more and more…

Despite numerous rumors to the contrary, Apple will only launch one iPhone model this fall and it will be a modest upgrade that closely resembles the current iPhone 4. In a note to investors on Wednesday, Wedge Partners analyst Brian Blair says that Apple will hold a special event between September 28th and October 5th to unveil several new devices. Only one of those devices will be an iPhone, however, and Blair says it will be an incremental update as opposed to the redesigned iPhone 5 that has been rumored on multiple occasions.

So how do you explain all of the iPhone 5 case leaks? How do you explain what Apple’s iPhone hardware team has been doing in the past 16 months?  Terry Gou, Foxconn’s chairman, recently said it was very hard to make Apple products but perhaps he was referring to a specific one that Foxconn was having a hard time making. We’d love to know what is going on behind the scenes.

Blair says the low cost device everyone is talking about will actually be a 3G iPod touch which will have plans like an iPad and be able to make calls over VoIP. That would be interesting.

But on that iPhone 4S, or whatever Apple decides to call it at this point, we have some exciting news coming up. Stay tuned.