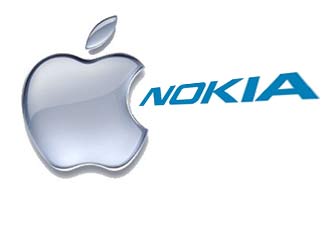 MacRumors points us to correspondence between Apple and the U.S. Securities and Exchange Commission (SEC) following Apple entering an undisclosed license agreement with Nokia in June stemming from patent litigation.

At the time, we knew the deal would include Apple paying a one-time sum to Nokia, followed by an on-going royalty, presumably based on devices infringing on Nokia patents. Below are letters between the SEC and Apple, in which the SEC urges Apple to disclose the terms of the settlement agreement.

This letter was sent to Apple in June requesting more details of the license agreements reached with Nokia:

“We note various news articles discussing the patent litigation settlement between Nokia and Apple. Supplementally tell us the amount and terms of such settlement agreement, any amounts accrued, the periods in which they were recognized, and the timeline of the negotiations with Nokia that led to the June settlement agreement. Also, tell us how you considered including a discussion regarding this matter in your MD&A [Management Discussion and Analysis] disclosures and financial statement footnotes, including disclosure of a reasonably possible range of loss in excess of amounts accrued. Further, tell us how considered disclosing this event in a Form 8-K or tell us how you determined that such disclosure was not necessary.”

Apple responded July 12th with this letter, much of which remains unavailable to the public after Apple requested confidential treatment of the document due to the “commercially sensitive nature” of information within. However, Apple does describe the agreement in that letter as an “ordinary course of business”.

The SEC then responded to Apple’s letter, once again requesting more information related to the agreement.

“Please describe in further detail the terms, arrangements, obligations and rights associated with the Settlement Agreement and Patent License Agreement entered into between the company and Nokia. Also, describe for us each element of these Agreements (i.e. settlement portion, past usage, future usage, etc.)”

Apple responded on August 1st with a five page letter including a full disclosure of the licensing agreement. Unfortunately the majority of that document remains confidential as well.

Whatever was included in Apple’s August 1st response was enough for the SEC to complete their review as noted in a letter to Apple’s Senior Vice President and CFO Peter Oppenheimer. That letter did note they could still take action in the future:

We have completed our review of your filings. We remind you that our comments or changes to disclosure in response to our comments do not foreclose the Commission from taking any action with respect to the company or the filings and the company may not assert staff comments as a defense in any proceeding initiated by the Commission or any person under the federal securities laws of the United States. We urge all persons who are responsible for the accuracy and adequacy of the disclosure in the filings to be certain that the filings include the information of the Securities Exchange Act of 1934 and all applicable rules require.