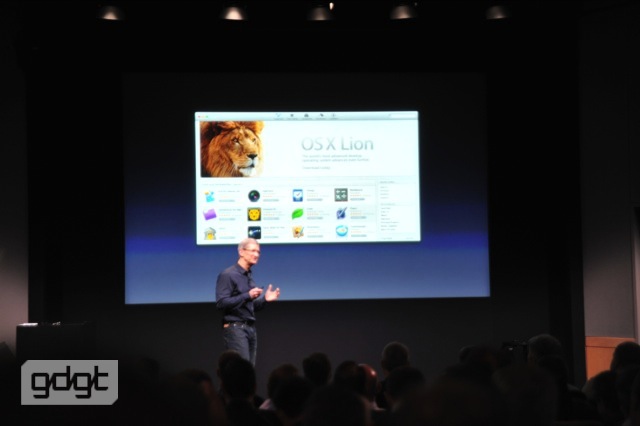 Tim Cook just took to the stage at Apple’s Let’s talk iPhone event and shared some of the incredible growth Mac OS X Lion has experienced since its launch.

“For the first time we’ve offered Mac OS as a digital download. The results are staggering, I’m proud to announce Lion has been downloaded 6 million times.”

Cook noted that in terms of upgrades it took Windows 7 over 20 weeks to reach 10% of their install base, while Lion took just 2 weeks.