Confirmed: Sprint to have unlimited data plan for the iPhone 4S, 5GB data cap for hotspot

UPDATE: As people noted in the comments, the unlimited $69 a month data plan is really a $79 value because Sprint threw a $10 tax. The $10 smartphone surcharge is also applied to the $99 plan. Let’s not forget about the obligatory $36 activation fee, too. Also, the fine print on Sprint’s web site mentions a 15 percent surcharge and notes that the offer ends October 30, 2011.

Sprint has confirmed with Phone Scoop that they will be offering an unlimited data plan alongside the iPhone 4S. When it goes on sale next week, users can pickup a $69 a month unlimited data plan which includes 450 voice minutes and unlimited mobile-to-mobile calling, or a $99 plan which includes both unlimited voice and data. Sprint will be the only US carrier offering an unlimited plan, after AT&T and Verizon dropped theirs, making the deal very tempting. Sprint will also offer the hotspot tethering service but it will have a 5GB cap on that.

Sprint will also sell the iPhone 4 8GB but only AT&T will still sell the free iPhone 3GS.

Meanwhile for those of you interested, SprintFeed has gotten their hands on Sprint’s internal press release for the iPhone 4S. Interestingly, Sprint still doesn’t have the iPhone 4S listed on their site. Check it out after the break: 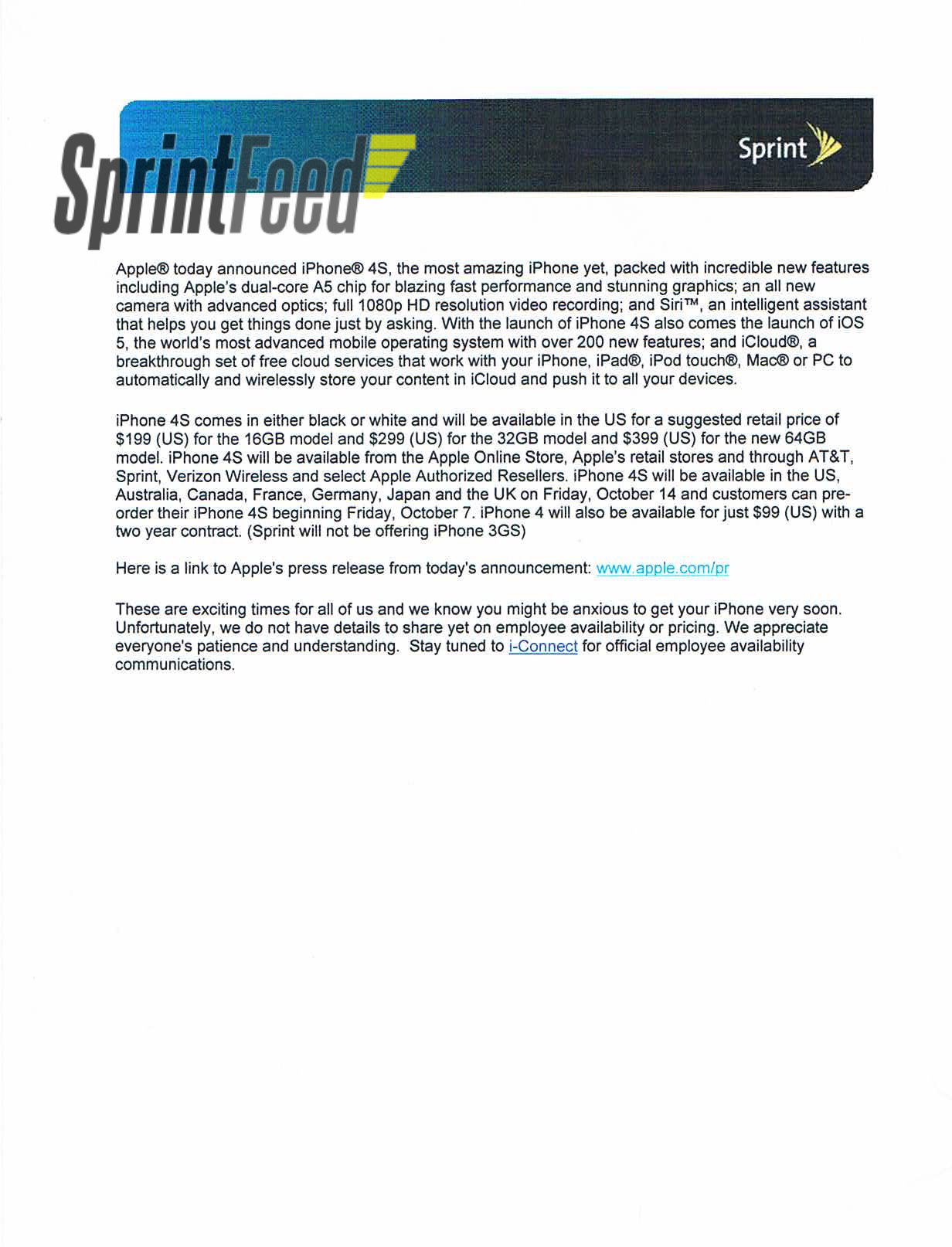