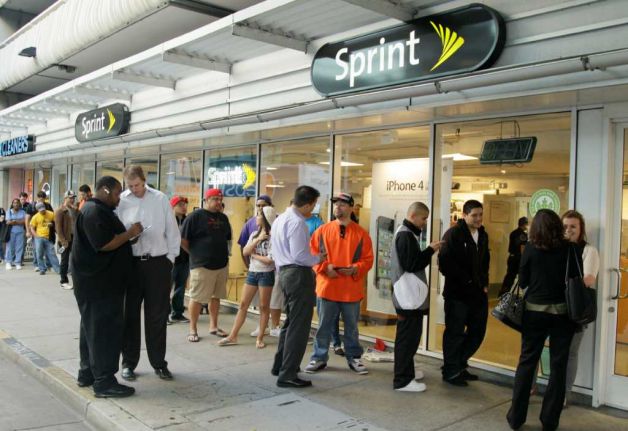 Sprint took a big risk on the iPhone, paying a rumored $20B up front to get the iPhone over the next four years (that is some pipeline!).

Mr. Hesse told the board the carrier would have to agree to purchase at least 30.5 million iPhones over the next four years—a commitment of $20 billion at current rates—whether or not it could find people to buy them, according to people familiar with the matter. In order to keep the price people pay for the phone low and competitive with rivals, Sprint would be subsidizing the cost of each phone to the tune of about $500, which would take a long time to recoup even at the high monthly fees iPhone users pay.

Directors debated what they had just heard. Some worried the payoff would be too long in coming. One member questioned whether the multiyear deal might outlast the iPhone’s popularity. To sell that many iPhones, Sprint would have to double its rolls of contract customers, convert all of them to the Apple device or a combination of the two.

It appears that the risk is already starting to pay off.

Fared Adib, Sprint Product Chief, issued the following statement: “Sprint today reported its best ever day of sales in retail, web and telesales for a device family in Sprint history with the launch of iPhone 4S and iPhone 4. We reached this milestone at approximately noon CT/1pm ET. The response to this device by current and new customers has surpassed our expectations and validates our customers’ desire for a truly unlimited data pricing plan.”

Unlimited is a good thing.