Apple leaks clues to new MacBook Pros on its own website? 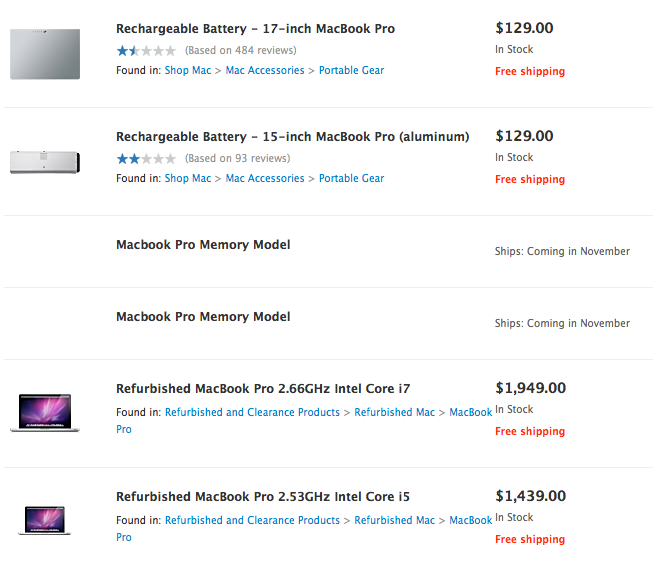 Last week we revealed that Apple is planning a small refresh for its MacBook Pro line with modest CPU bumps and possibly improved Bluetooth Wireless networking. Today we’ve found what seems to be evidence for such a refresh in Apple’s own online store.

If you do a search on Apple’s online store for ‘MacBook Pro’, you get a list of Apple’s products. In that list of products, there are two mysterious entries for ‘Macbook Pro Memory Model’ toward the bottom with the caption “Ships: Coming in November”.

We’ve heard that these could be the spare part part numbers for the new MacBook Pros and the 2_33 and 2_4 could be the new speeds of the quad-core Intel Core i7 processors (current is 2.0 to 2.3 GHz). If they are spare parts, these often ship a week or so after the new products so the MBPs could come sooner than ‘November’.

Update: 4-year-old MacBook Pro RAM has a similar URL but it isn’t certain if the two parts are related.

…and even later if Apple has some unibody supply issues.