The inside scoop: what happened to the iPhone 5?

Since CNET posted the iPhone 5 story this weekend…

…the iPhone 5 is a “complete redesign. This is a very large project that Steve dedicated all of his time to. He was not that involved in the 4S because his time was limited.”

…we thought it would be a good time to tell you what our sources think happened to the iPhone 5 that some were expecting. We’ve heard from Foxconn managers as well as Apple employees and carrier partners on this and have tried to piece together the full story.

The iPhone 4S as you see it was originally planned to be released at WWDC with iOS 5, like every iPhone before it.

But something happened around February of this year that threw everything off. Apple was still integrating the Siri team and code into iOS and it was going much slower than planned. In February, Apple knew they weren’t going to be able to get an iOS 5 Beta to developers in April and they sure weren’t going to have a stable version by WWDC. They would be lucky to get a final version of Siri into customers’ hands by the holiday shopping season (Siri is currently in Beta in three languages).

At the same time, Apple’s iPhone 5 (teardrop) plans were moving along on or ahead of schedule and the first prototypes were testing well. CNET says that Steve Jobs was overseeing this project which sounds about right.

With mid-October being the earliest possible date of a Siri-fied iOS being ready – with “Apple-levels” of polish –Apple had to look at its options. Would they release the iPhone 4S at WWDC with a modified version of iOS 4? Without Siri and the other iOS 5 improvements, the update might have seemed a little bland to the average customer.

Instead Apple chose a different route.

A decision was made to attempt to speed up iPhone 5 hardware development and try to get it built by the Holidays when iOS 5 would be launched. At the same time, the iPhone 4S was to be developed as either the flagship phone for 2011 or, if Apple could pull off the iPhone 5, the low cost alternative.

Along the way, there was pushback from Apple’s partners at Foxconn. In June, Foxconn founder Terry Gou was quoted by the WSJ as saying:

…the yield rate of Apple’s touch-screen devices hasn’t been satisfactory and has hurt its profitability.

“The touch-screen devices are so thin. It’s really difficult to install so many components into the iPhones …”

Does that sound like he’s talking about building an iPhone 4S which is mostly identical to the iPhone 4 save for an updated camera and Apple’s A5 chip? Foxconn had been producing the iPhone 4 for over a year at that point.

No. He’s talking about trying to build the iPhone 5.

The iPhone 4S is neither thinner nor lighter than the iPhone 4 which the WSJ’s usually reliable Yukari Kane had sourced the “people with knowledge of the matter” in the same article as saying:

The new iPhone is expected to be similar to the current iPhone 4, but thinner and lighter with an improved eight-megapixel camera.

Foxconn obviously did have prototypes of the iPhone 5 (which eventually landed in the hands of the iPhone case designers and spawned the whole iPhone 5 case fiasco). But it turns out that building the iPhone 5 in necessary yield rates couldn’t be done in time for a holiday 2011 release. 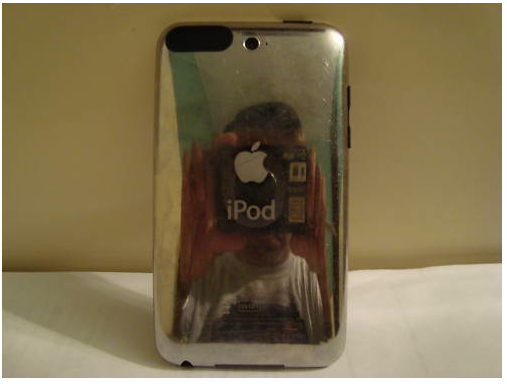 By early September, it started to become clear to us that these iPhone 5s weren’t going to make the cut.

It appears that the tear-drop shaped iPhone 5 with larger screen and thinner, rounder body is seeing continued design and production delays.

At some point, probably about the time Gou made his remarks, Apple decided it wouldn’t be possible to get this device (again, with Apple levels of polish) into the hands of the public before the holidays. It stopped development on the 5 and ramped up the 4S. Unlike previous years, Apple will likely have enough stock of iPhone 4S’s at launch and rollout to satisfy the even heavier demand.

After three separate manufacturing partners in China sent him detailed 3D models of an iPhone with a widened, pill-shaped “home” button and a slightly tapered back, Hickman decided to roll the dice.

“The data we got came from somewhere.”

For what it is worth, our Foxconn contact says that iPhone 5 is currently planned for Summer 2012, but as we know, things can change.