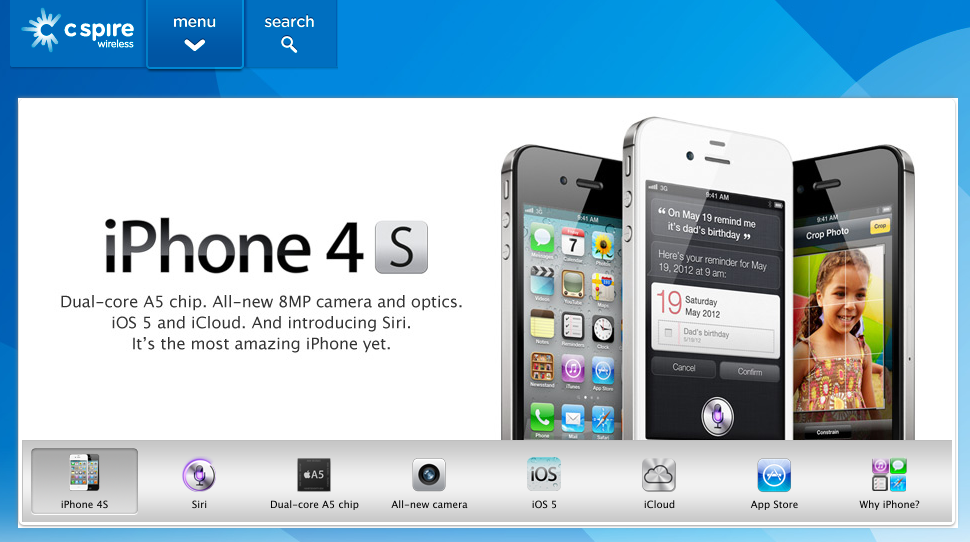 Regional carrier C Spire Wireless (previously known as Cellular South) has just announced (via MacRumors) they will be the fourth U.S. carrier to offer the iPhone 4S beginning sometime in the “coming weeks”. This is a clear indication that Apple has plans to open up distribution to more smaller carriers in the future.

“C Spire Wireless announced today that it will launch iPhone 4S, the most amazing iPhone yet, in the U.S. in the coming weeks.

C Spire is currently the largest privately held carrier in the US, with somewhere in the neighbourhood of 900,000 customers throughout Mississippi, Florida, Memphis, Georgia, and Alabama calling their CDMA network home. The company doesn’t appear to have officially announced pricing plans, but judging by their current options, there won’t be a huge incentive to drop AT&T or Verizon. C Spire is the fourth carrier in the U.S to offer the iPhone after Sprint signed up with Apple to become the third to correspond with the launch of the 4S.