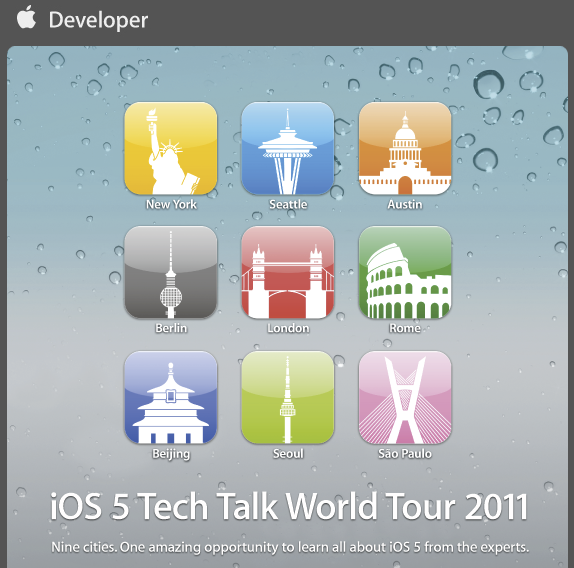 In past years, Apple has held “Tech Talk World Tours” for developers, covering their latest version of iOS. Now that iOS 5 has been released into the wild, Apple has announced that the iOS 5 Tech Talk World Tour will kick off on November 2nd in Germany and end in Austin, Texas on January 23rd. The conference described by Apple:

We want to help iOS developers take their apps to the next level using the exciting new technologies in iOS 5. Our team of experts will visit nine cities around the world, covering advanced coding and design techniques that you can take advantage of in your apps. Since Tech Talks are highly technical, it’s important that you have experience programming with the iOS SDK and have an app actively in development or on the App Store.

This year’s tour will take place in Seattle, New York, Austin, Texas, Berlin, London, Rome, Beijing, Seoul, and São Paulo. The tech talks are free to attend and the full schedule and agenda are after the break: 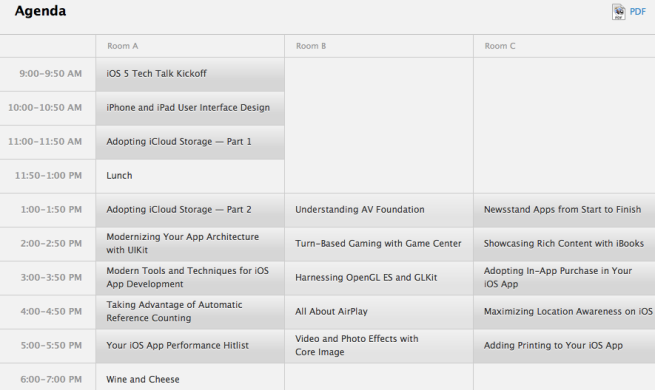 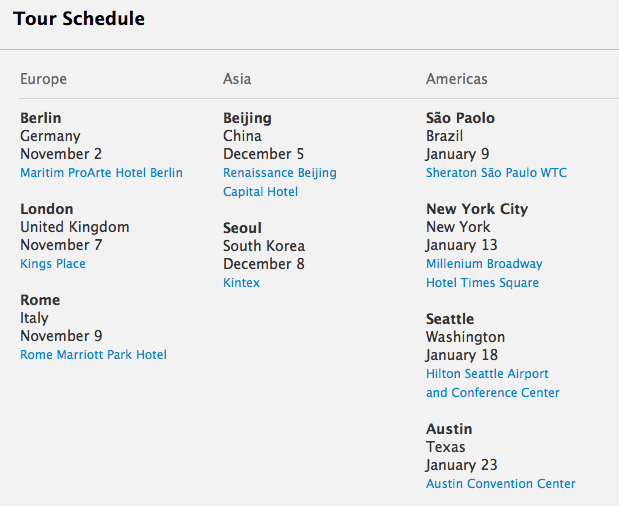