Steve Jobs: “I’m going to destroy Android, because it’s a stolen product. I’m willing to go thermonuclear war on this.” 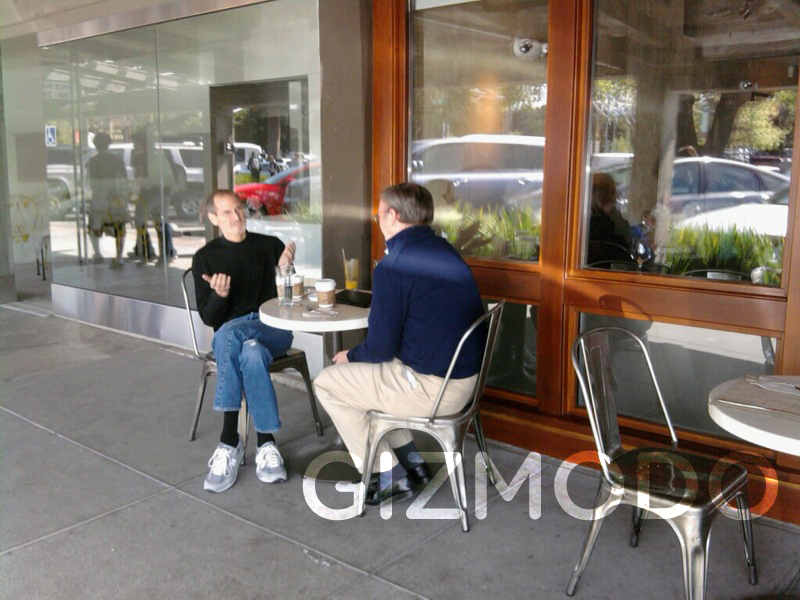 I have a feeling the next couple days are going to be busy as the Steve Jobs bio comes out in bits and pieces. Next up, according to the AP, which bought a copy Thursday (where can I get one?), Jobs had extremely harsh words for Eric Schmidt and Google after Android started looking more and more like iOS.

Isaacson wrote that Jobs was livid in January 2010 when HTC introduced an Android phone that boasted many of the touch and other popular features of the iPhone. Apple sued, and Jobs told Isaacson in an expletive-laced rant that Google’s actions amounted to “grand theft.”

“I will spend my last dying breath if I need to, and I will spend every penny of Apple’s $40 billion in the bank, to right this wrong,” Jobs said. “I’m going to destroy Android, because it’s a stolen product. I’m willing to go thermonuclear war on this.”

Jobs used an expletive to describe Android and Google Docs, Google’s Internet-based word processing program. In a subsequent meeting with Schmidt at a Palo Alto, Calif., cafe, Jobs told Schmidt that he wasn’t interested in settling the lawsuit, the book says.

“I don’t want your money. If you offer me $5 billion, I won’t want it. I’ve got plenty of money. I want you to stop using our ideas in Android, that’s all I want.” The meeting, Isaacson wrote, resolved nothing.

So it is fair to say Jobs is not a fan of Android. While I can see why he’s upset about Android, the jab at Docs doesn’t seem to be as obvious.

But there is more…

According to the account, which will be Monday before we can get our hands on it, Jony Ive was Jobs’ spiritual partner and, at least while Jobs reigned, no one could tell him what to do.

He called Jonathan Ive, Apple’s design chief, his “spiritual partner” at Apple. He told Isaacson that Ive had “more operation power” at Apple than anyone besides Jobs himself — that there’s no one at the company who can tell Ive what to do. That, says Jobs, is “the way I set it up.”