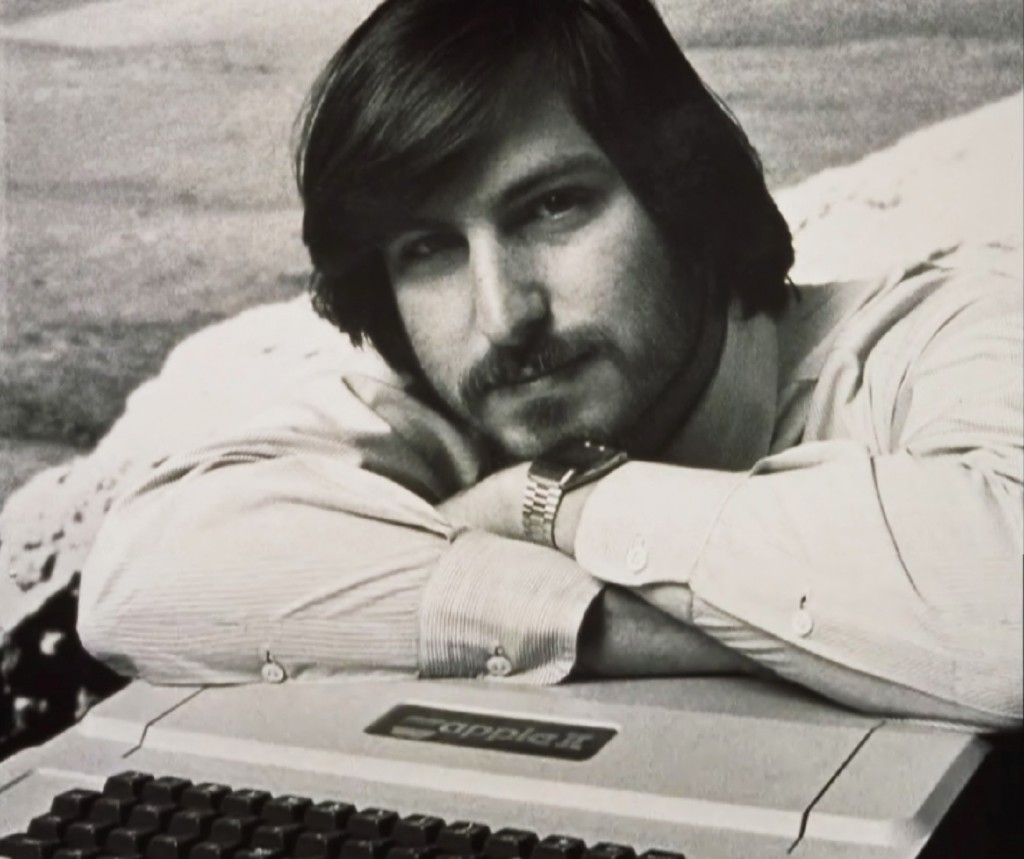 PBS has put out a press release today announcing the upcoming broadcast of “Steve Jobs — One Last Thing,” an hour-long documentary set to air November 2nd at 10 p.m. ET. The doc will include interviews with, among others, Ronald Wayne, Steve Wozniak, Walt Mossberg, as well as interviews with Jobs himself and a “never-before-broadcast interview from 1994” where Jobs says the following inspirational words:

“You tend to get told that the world is the way it is, but life can be much broader once you discover one simple fact; and that is that everything around you that you call life was made up by people no smarter than you … Once you learn that, you’ll never be the same again.”

The documentary will also include an interview with Robert Palladino, the professor who taught the calligraphy class at Reed College that famously inspired Jobs to include multiple typefaces and proportionally spaced fonts on the Mac. Full press release from PBS after the break.

– Entire Night of Programs Devoted to Science and Technology Exploration –

ARLINGTON, VA: OCTOBER 26, 2011 — PBS announced today that STEVE JOBS – ONE LAST THING has been added to the primetime lineup following the premiere episode of NOVA “The Fabric of the Cosmos.” Through interviews with colleagues and others who knew the creative genius whose innovations transformed the lives of millions, ONE LAST THING provides an inside look at the man and the major influences that helped shape his life and career. Titled as a play on the famous catchphrase used by Jobs at his product launch presentations, STEVE JOBS – ONE LAST THING premieres on Wednesday, November 2, 2011, 10:00-11:00 p.m. ET on PBS (check local listings). NOVA “The Fabric of the Cosmos,” a four-part series that takes viewers to the frontiers of physics with acclaimed author and physicist Brian Greene, debuts at 9:00 p.m. ET.

“From the vast complexity of time and space to the genius of a man who put technology in the palm of our hands, these extraordinary programs explore the work of two visionaries in science and technology,” said John F. Wilson, Senior Vice President & Chief TV Programming Executive.

ONE LAST THING takes an unflinching look at Jobs’s difficult, controlling disposition, and offers unique insights into what made him tick. While there has been near-universal agreement that Steve Jobs was a great innovator in business and technology, ONE LAST THING looks into why he was so great. What were the influences that shaped his character? What drove him from such humble beginnings to the heights of success?

Featuring interviews with, among others, Ronald Wayne, co-founder of Apple with Jobs and Steve Wozniak; Ross Perot, who invested in NeXT Computer when Jobs was running out of money; Walt Mossberg, principal technology columnist for The Wall Street Journal, who interviewed Jobs every year from 2003-2010; will.i.am, frontman and producer for The Black Eyed Peas, whose “I Gotta Feeling” currently ranks as the most downloaded iTunes song ever; Dean Hovey, designer of the original mouse for Apple; Robert Cringely, writer and host of the PBS series TRIUMPH OF THE NERDS: THE RISE OF ACCIDENTAL EMPIRES; Robert Palladino, calligraphy professor at Reed College, whose classes Jobs credited with inspiring his typography design for the Mac; and Bill Fernandez, who introduced Jobs and Wozniak in Sunnyvale, where the three hung out in his father’s garage and tinkered with electronics.

In a never-before-broadcast interview from 1994, Jobs expounds on his philosophy of life: “You tend to get told that the world is the way it is, but life can be much broader once you discover one simple fact; and that is that everything around you that you call life was made up by people no smarter than you … Once you learn that, you’ll never be the same again.”

In his many successful Apple product launches, Jobs developed his own catchphrase to tease his audiences. Appearing to reach the end of a presentation, he would then announce to the expectant crowd: “Oh — one more thing,” before unveiling his latest design achievement. This documentary exploration of the life of one of America’s most successful innovators and entrepreneurs pays homage to his famous presentational skills and his unique talents.

STEVE JOBS – ONE LAST THING is a production of Pioneer Productions for Channel 4 (UK) and PBS. The film is funded by PBS, Channel 4 and Mentorn International.