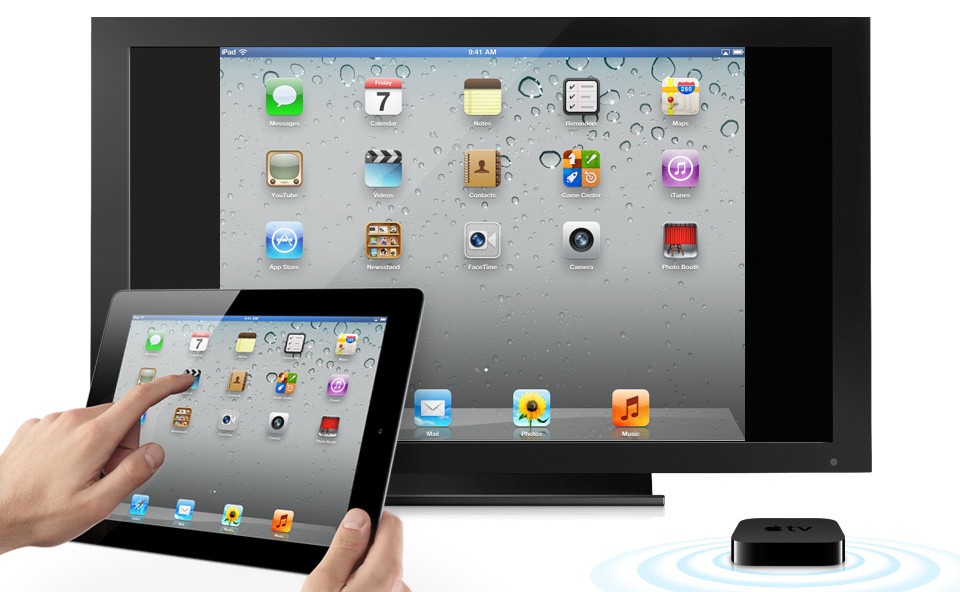 AirPlay Mirroring shown with an iPad 2 and an Apple TV

Sources familiar with the future of Mac OS X say that AirPlay Mirroring and an iMessage application are currently in development. Although neither project may see the light of day, they are definitely on the table for release in future versions of OS X Lion. AirPlay Mirroring for the Mac will allow a user to wirelessly mirror exactly what is shown on their Mac’s display to an Apple TV connected to a projector, television, or external monitor. AirPlay video streaming is also being integrated into QuickTime X.

This would be a fantastic addition to the conference room for corporate presentations and would sell a few more Apple TVs we would imagine.

iMessage for Mac info after the break:

Some have speculated that iMessage will be integrated into the OS X iChat application based on code findings, but sources are saying that a decision on whether or not iMessage will be released as a standalone product or as an integrated featured into iChat has not been finalized. Both are possibilities in simultaneous development by Apple. This iMessage application will connect to iMessage for iOS, which debuted as a free messaging client for iPads, iPhones, and iPod touches running iOS 5.