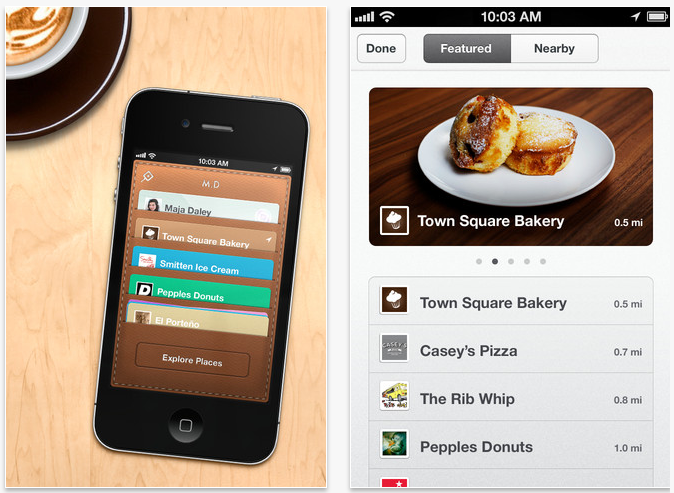 Square just pushed out quite an interesting update to their Square Card Case that we told you about back in August when it was first released. Taking full advantage of iOS 5’s geofencing capabilities, the updated app can now establish a tab at your favorite retailers when within a virtual boundary of 100 meters, essentially allowing for a frictionless, hands-free payment experience.

Imagine walking by your favorite retail shop and a tab with your name is automatically opened on the merchant’s Square app for iPad, just in case you happen to stop in and make a purchase. If you do stop in to make a purchase, the merchant can authorize the payment using a credit card or debit card already linked to the Card Case app on your iPhone. If you don’t stop at the shop, the tab will automatically be closed once outside of the 100 meter range.

This obviously allows you to bypass the need of removing your phone from your pocket and interacting with the Square card case app to establish a connection with a merchant. You’ll only have to confirm your name, while merchants will use the same authorization methods as before, confirming the user with an image of their face within the Square iPad app. You’ll of course have to authorize which retailers you wants tabs to automatically be opened for first.

Square director of product Megan Quinn had this to say about the new update in an interview (via Wired):

“We’re bringing that relationship of being a regular to more and more people than before…We’ve removed the artifact of the transaction from the payment experience — instead, it becomes about the relationship between you and the merchant…It’s bringing that behavior that you already see from the places you go as a regular…Once they’ve paid this way, people want to continue to pay this way.”

Version 1.1 brings a few other nice new features and improvements as well including automatic backup of cards to Square’s server, the ability to remove cards from the Card Case, and improvements to the overall merchant directory. You can also now “learn more about a merchant on the back of the card”.

As of right now, Square has reportedly signed up approximately 20,000 merchants nationwide since launch, with a user base around 800,000, according to Wired. Although, the company declined to provide specific numbers on usage and downloads of the Card Case app. Of course they aren’t the only contenders in the NFC mobile payment space with Google Wallet and the potential for Apple to adopt its own NFC capabilities on the iPhone. According to Quinn, the company isn’t worried about the competition saying, “There’s no waving of your phone needed with us”.

You can grab the Card Case update (version 1.1) free of charge from the App Store now. The new geofencing features of course require iOS 5.