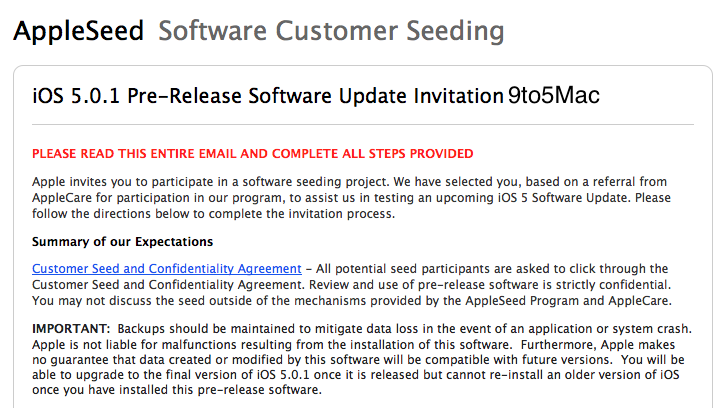 Following the release of iOS 5.0.1 to developers to test the new software against applications in addition to test for battery life and Siri improvements, Apple is now seeding iOS 5.0.1 to certain end users for testing. A small number of customers who have complained about battery life issues in iOS 5 have been seeded the bug fix release through Apple’s AppleSeed program.

Apple warns program participants that their devices will not be able to be downgraded to iOS 5.0, but they will be allowed to upgrade to the final release of iOS 5 when it comes out in the next few weeks. The iOS 5.0.1 update also brings Siri improvements for Australian users, multitasking gestures to the first generation iPad, and other bug fixes. 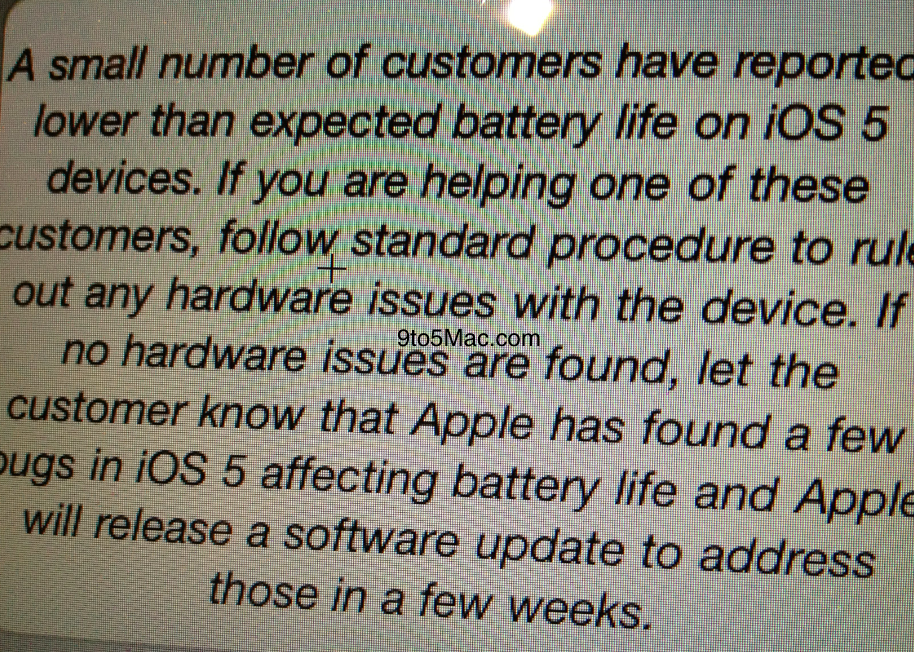