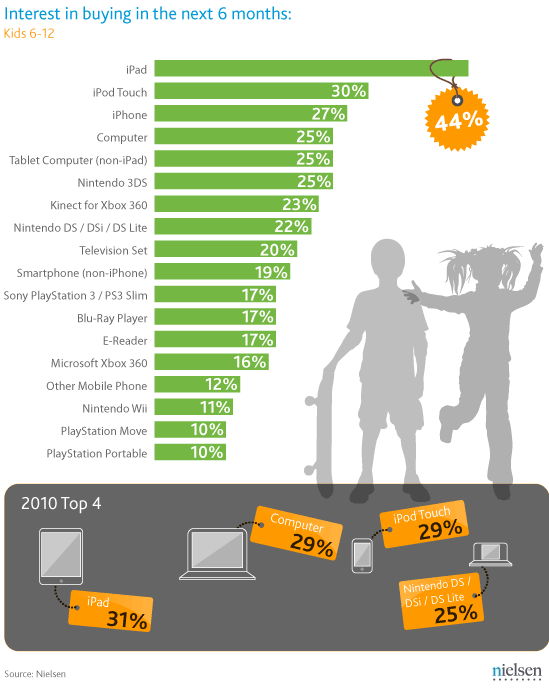 According to a survey done by Nielsen, kids in the U.S. are Apple crazy for the holidays this year. Apple’s iPad tops the list as the most desired consumer electronic among kids between the ages of 6-12 with 44% of kids showing interest in the device. The iPod Touch and iPhone also come in right after as 2nd and 3rd most desired products. In 2010 the same survey was taken among this age group, and although all three of these products made it onto the list, only the iPad and iPod Touch got into the top 5.

Consumers among the ages of 13 and older also have their eyes set on the iPad this year with 24% of teens showing interest. The iPad was second to the PC last holiday season at only 18% but it tops the list this year. What’s interesting to see, however, is that Apple has paved the way for other tablets in the consumer market with 17% of teens/adults showing interest in buying non-Apple tablets. More insight will be available after the holidays pass in January to see which of these products tops the lists in sales.