Updated: Does Apple support the Stop Online Piracy Act? By proxy, at least 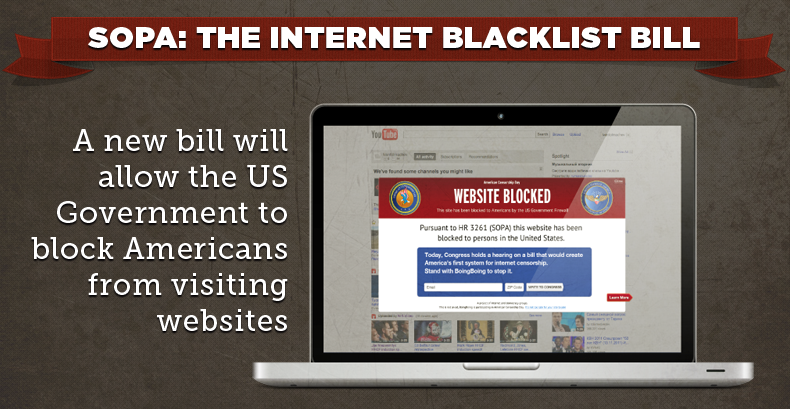 Update: The Business Software Alliance has officially withdrawn their support for SOPA on the BSA blog. Important bits after the break.

So where does Apple stand on the Stop Online Piracy Act (SOPA)? A report from TNW gives the impression Apple is in support of the bill via their association with the Business Software Alliance, who made their stance clear by commending the introduction of the bill in a recent bulletin. However, while Apple’s stance isn’t official, they do support SOPA by proxy, and haven’t made an effort to distance themselves from it with an official statement. The BSA is also associated with Microsoft, Adobe, Dell, and 20+ other large tech companies.

According to Apple’s website, “Apple works closely with the Business Software Alliance (BSA) and the Software Information Industry Association (SIIA) to combat software piracy worldwide.” They also provide links to report piracy through the BSA and provide the following statement on copyright law and piracy on their Piracy Prevention page:

The illegal copying of software programs is a crime! In the United States and many other countries, copyright law provides for severe civil and criminal penalties for the unauthorized reproduction or distribution of copyrighted material. Copyrighted material includes, but is not limited to, computer programs and accompanying sounds, images and text. Under U.S. law, infringement may result in civil damages of up to $150,000 and/or criminal penalties of up to five years imprisonment and/or a $250,000 fine… It is important to manage software well, just as you would any other valuable company asset, in order to avoid serious problems. Apple aggressively enforces our company’s proprietary rights under the U.S. copyright laws, but we know that poor software asset management often keeps people from complying with the law.

If you’re unfamiliar with SOPA, legislation that aims to tackle foreign “rogue” websites that host copyrighted content illegally, you might be interested in knowing Google, Facebook, AOL, Mozilla, Twitter, Yahoo, eBay, LinkedIn, and Zynga issued a letter on Wednesday to congress expressing their opposition to the bill. In the letter (via BoingBoing), they wrote:

“…the bill as drafted would expose law-abiding U.S. Internet and technology companies to new and uncertain liabilities, private rights of action, and technology mandates that would require monitoring of websites. We are concerned that these measures pose a serious risk to our industry’s continued track record of innovation and job creation, as well as to our nation’s cybersecurity.”

The Electronic Frontier Foundation, Mozilla, Creative Commons and a group of other tech companies are banding together at AmericanCensorship.org to voice their frustrations with the bill and organize protests and petitions. They also created this infographic to explain their view of the legislation.

Many are hoping Apple takes similar action to make their position clear. We’ve reached out to Apple for their official stance on SOPA and will update this post if we hear back.

Update: The Business Software Alliance has officially withdrawn their support for SOPA on the BSA blog (via PC World). Here’s what they had to say regarding their concerns:

Valid and important questions have been raised about the bill. It is intended to get at the worst of the worst offenders. As it now stands, however, it could sweep in more than just truly egregious actors. To fix this problem, definitions of who can be the subject of legal actions and what remedies are imposed must be tightened and narrowed. Due process, free speech, and privacy are rights cannot be compromised. And the security of networks and communications is indispensable to a thriving Internet economy. Some observers have raised reasonable questions about whether certain SOPA provisions might have unintended consequences in these areas. BSA has long stood against filtering or monitoring the Internet. All of these concerns should be duly considered and addressed.