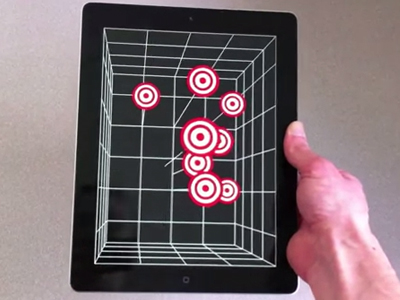 Business Insider says they have a friend who knows some Apple employees who say that the iPad 3 will have a 3D display.

What we have heard however is that Apple is working on 3G gestures which they’ve patented and could be used in iOS devices – though those would be more for an Apple TV type device.

There was an app that used the iPad 2 camera to figure out where your head was and made 3D objects appear on the screen.

Perhaps the person making up the rumor got those confused.