Revealed: Facebook Messenger for iPad, iPhone app with video chat in the works 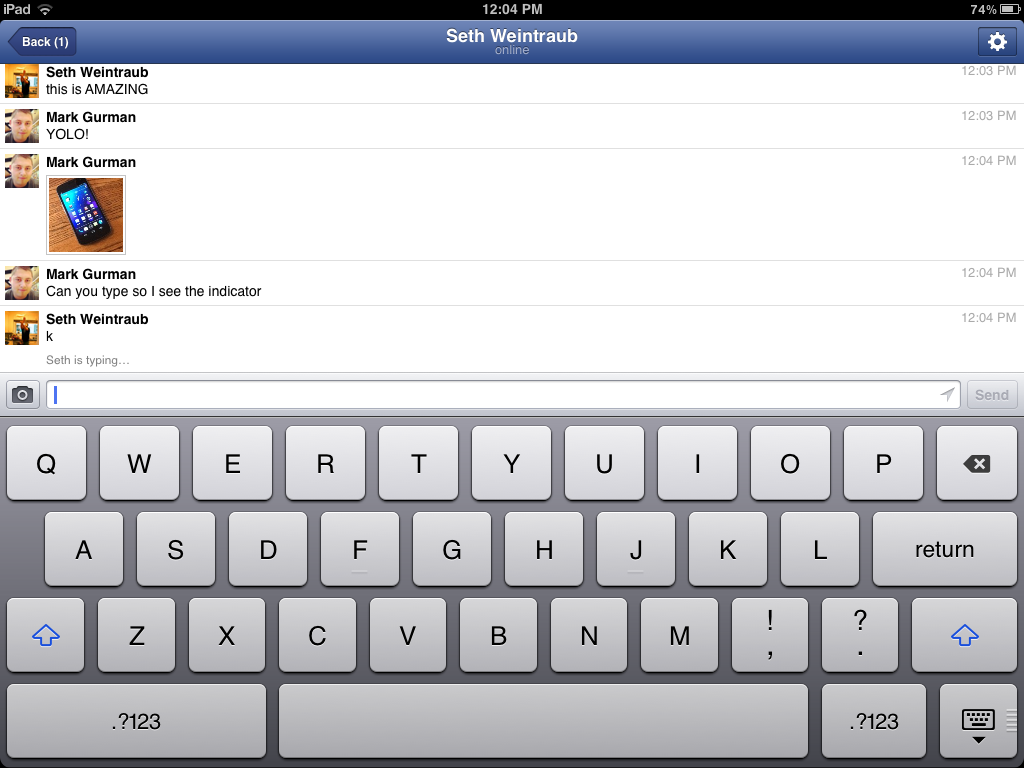 While Facebook has focused on smartphones for its standalone Facebook Messenger app, the company is currently developing a version for the Apple iPad. A reliable source has provided an in-depth look at an early beta version of Facebook Messenger for iPad, and those comfortable with the iPhone version should feel right at home with the new app. Facebook Messenger for iPad is basically a larger version of the iPhone application with one-to-one messaging, group chatting, push notifications, the ability to see friend locations on a map, and more. We have a full gallery of the iPad app after the break.

While the application is essentially just a larger version of the iPhone app, the fact that Facebook is working on such an app shows the company’s dedication to all of Apple’s platforms. The Facebook Messenger for iPad application will also provide iPad users with the convenience of a simple application for messaging their friends. There will no longer be the need to access the sometimes flaky and “heavy” full Facebook for iPad application. Sources are unsure of a release timeframe for the iPad app or if Facebook actually plans to move passed internal-only operation, but the program is definitely being actively developed with new builds being readied often.

Facebook is also working on an updated version of the iPhone app with Skype video chat support and improved performance. The new iPhone app will likely come before an updated Facebook Messenger for Android with similarly new functionality. These apps are on-track for a launch sometime this summer, with testing happening right now on Facebook’s internal servers. We had a chance to try out the new Facebook Messenger for iPhone video chat feature, and performance was smooth most of the time. Facebook will eventually make the iPad and iPhone apps into a single universal binary, though we’ve yet to see true indication of video chat on the iPad side.