This Dewey defeats Truman-esque photoshopped image is getting a lot of play right now in the wake of Fox News and CNN botching today’s health care Supreme Court decision. 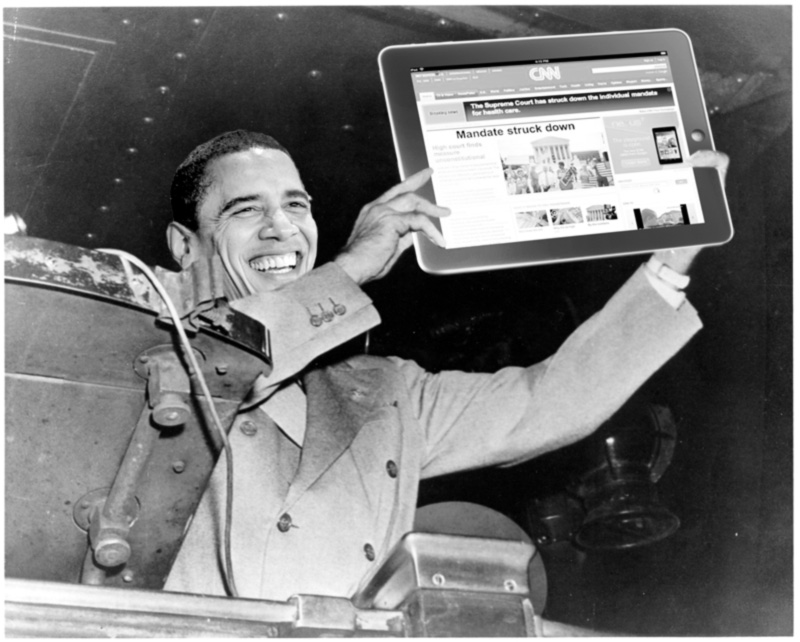 When Obama was elected in 2008, the iPad was still over a year from being released. Less than one presidential term later, it is already a sign of the times.