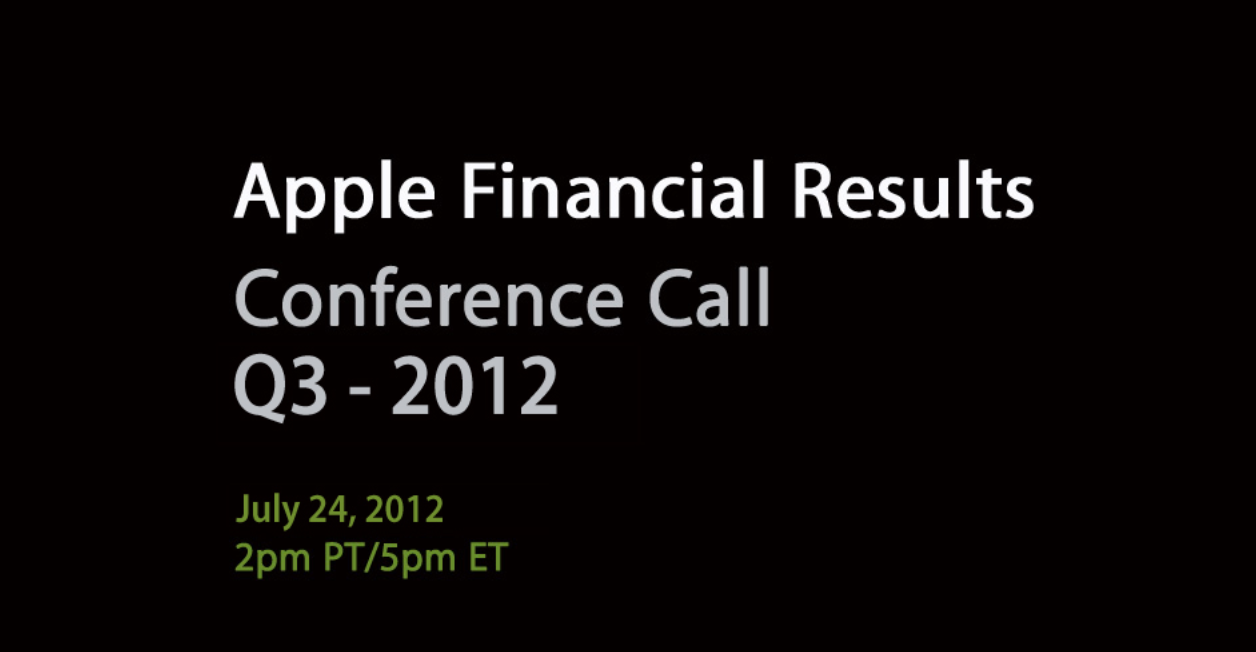 Apple has announced on its Investor Relations website that its Q3 2012 results will be released on Tuesday, July 24th. The call will be held at 2PM Pacific/5PM Eastern time. Streaming will be available via QuickTime through Apple’s website.

This Q3 earnings call comes following a string of record-breaking earnings announcements from Apple in addition to a substantial stock price increase over the previous year. In addition, Apple released breakthrough products this year including the Retina Display iPad, a new Apple TV, and major updates to the MacBook Pro and MacBook Air laptops.

Apple previously said that they will initiate a $2.65 per share dividend program during its Q4 2012, which began yesterday. Perhaps Apple will provide more detail on the dividend and its also planned share-buyback program. We will be on hand to deliver live coverage of the earnings call on July 24th.