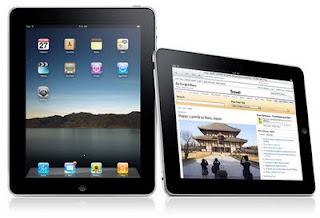 NetMarketShare is out with new numbers this morning that portray iOS’ continuing dominance over web marketshare. The firm found that in the month of June, iOS web marketshare rose almost 3 percent, pushing it past 65 percent, which is an almost 15 percent increase year-over-year. Compared to the competition, iOS is blowing 0thers out of the water. Android currently sits at 1 percent, with the dying BlackBerry just under 2 percent…ouch.

It is no secret that Apple’s Internet browser offering, Safari, is one of the best and easiest mobile browsers to use. I do not care what any Mozilla engineer has to say. It is fast and sleek, and it gets the simple, daily browsing done. That being said, I think iOS numbers are so high because iOS users can comfortably browse. Sure, that could all change with Google Chrome on both iOS and Android, but I seriously doubt it will make that big of an impact.

As for the almost 15 percent year-over-year increase, I would contribute that to huge sales of iOS devices—particularly the iPhone 4S. The iPhone 4S saw a great start in Apple’s fiscal Q1 by selling a record 37 million devices. Combine that with sales of the new iPad, we are talking about a sizable amount of customers using iOS for the first time and contributing to web marketshare numbers. Moreover, I think we will see a bigger jump as iOS 6 and the launch of the new iPhone come about this fall. Perhaps an even bigger jump will come about if Apple launches a 7-inch iPad, giving users a completely different type of mobile consumption.Check out the full graph below: 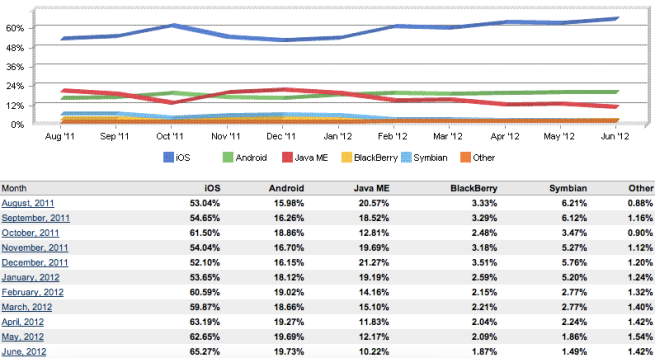