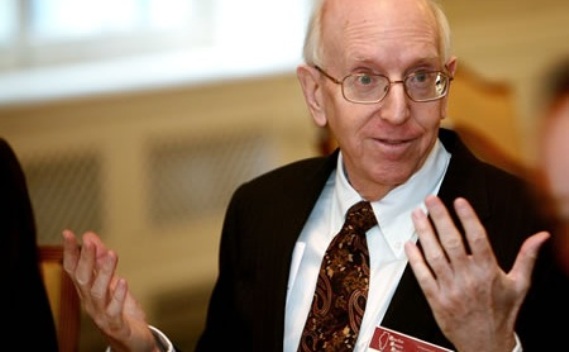 Reuters interviewed the U.S. judge today who dismissed Apple’s patent court case against Motorola, and the details behind the jurist’s reasoning for tossing the lawsuit are as interesting as they are controversial.

Richard Posner sits on the 7th U.S. Circuit Court of Appeals in Chicago and disputes whether software and related tech industries should even have patents for their products.

“It’s not clear that we really need patents in most industries,” said Posner, referring to the slew of features in smartphones that are legally protected. “You just have this proliferation of patents. It’s a problem.”

Posner, 73, argued the pharmaceutical industry better deserved protection for its intellectual property because of the, as Reuters coined it, “enormous investment it takes to create a successful drug.” He tossed Apple’s lawsuit against Google’s Motorola Mobility last month and denied an injunction against the sale of Motorola devices using Apple’s patented technology.

The judge attributed Apple’s scramble to attack competitors allegedly using its technology to a “constant struggle for survival.”

“As in any jungle, the animals will use all the means at their disposal, all their teeth and claws that are permitted by the ecosystem,” Posner contended.

The judge also noted Silicon Valley’s large cash reserve, such as Apple’s $110 billion in cash and securities as of last spring, and said going to court is just “a small expense” for the company. In stopping Apple’s sought injunction, Posner said banning the sale of Motorola products would harm consumers. He then suggested prohibiting an entire smartphone due to one patented feature, like the fluid operation of streaming video, for instance, is not practical.

Posner further stopped Motorola from seeking an injunction against the iPhone in his ruling, because the manufacturer previously promised to license its patent on fair and reasonable terms to competitors. Despite the judge’s deep opinions on the tech industry’s raging patent wars, Posner revealed he volunteered to oversee this specific court case—even though he barely uses his own iPhone.

“I’m not actually that interested in becoming part of the smartphone generation,” he explained to Reuters. Posner added he was “looking forward to presiding” over the Apple vs. Motorola case but said there was no other choice than to throw away the litigation.

“I didn’t think I could have a trial just for fun.”