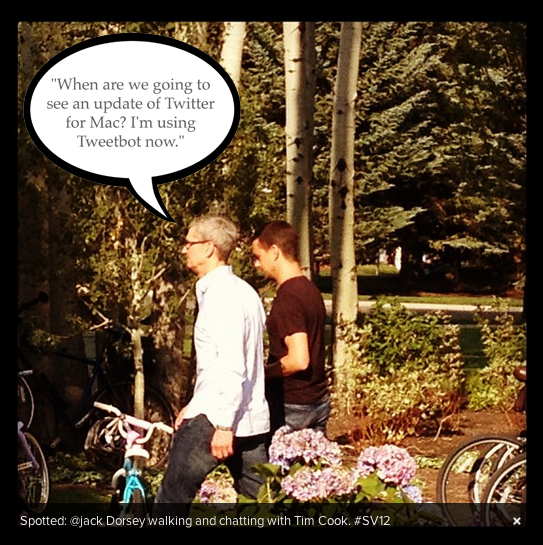 According to The New York Post, the CEO attended the event for the first time to observe The New Yorker’s Evan Osnos’ session on China:

(Cook and Sagan pictures via BusinessInsider; Cook and Dorsey picture via mcatwellons—Thanks, @wiserjoe727!)