‘iPhone 5’ is already for sale in China 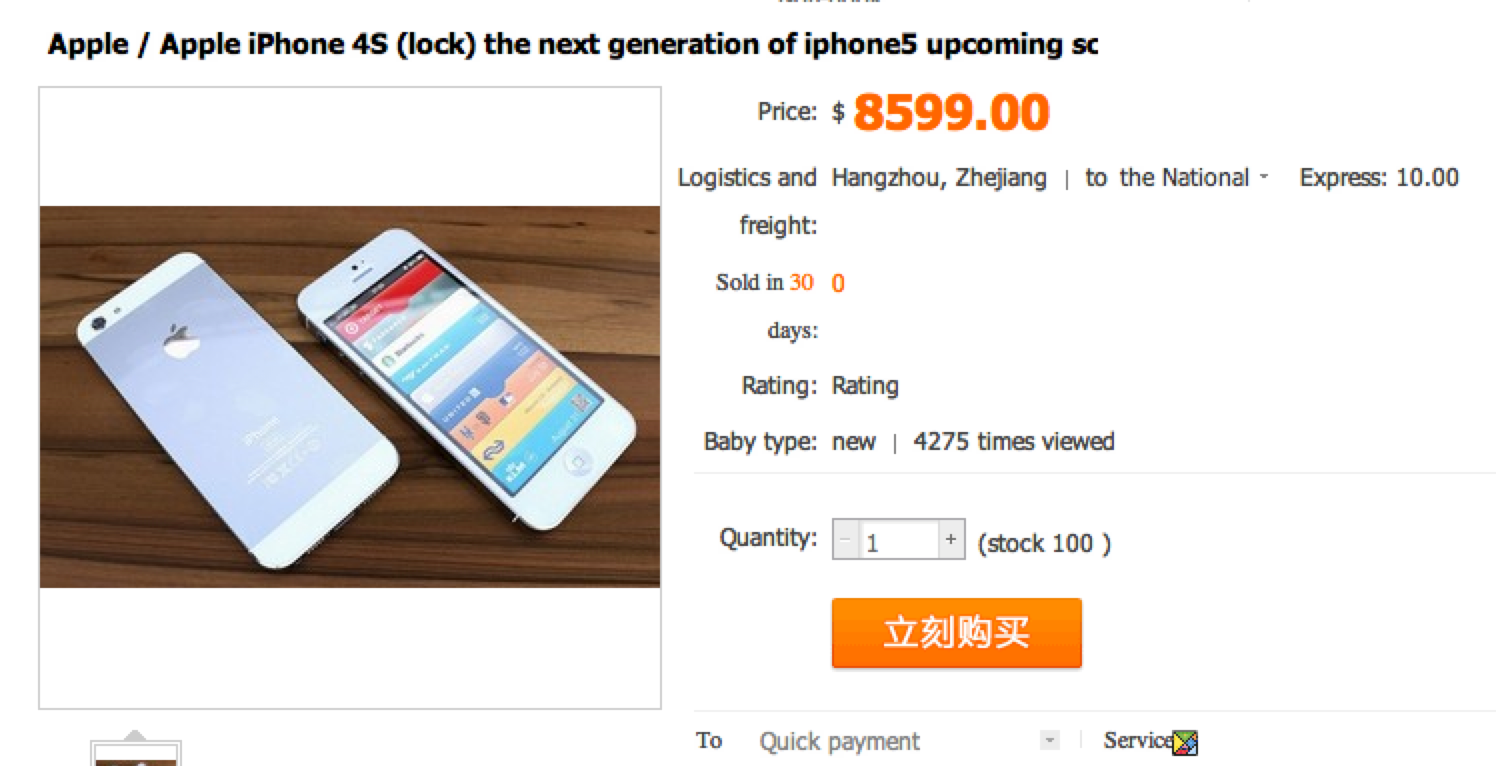 Those in China looking to get a head start on their Fall iPhone shopping are given the opportunity by sites like TaoBao, which, according to Reuters, (and the link we dug up) are already for sale.

Apple Inc’s next-generation iPhone has not even been released yet, but opportunistic sellers on China’s largest e-commerce platform, Taobao, are already accepting pre-orders, complete with mock-up pictures and purported technical specifications.

The hotly anticipated iPhone 5 is widely expected to be released sometime between August and October this year, although Apple itself has been tight-lipped about it. Sources have said the iPhone 5 would have a bigger screen than previous models, while Taiwanese media reported the phone’s voice recognition software, Siri, would have more powerful functions.

Buying Apple devices unseen shows what kind of confidence consumers have in the products that Apple makes. Would you put money down on Apple’s next iPhone without knowing anything about it?