Rupert Murdoch to put ‘The Daily’ iPad app out of its misery in November?

From Day One, we were highly critical of the News Corp iPad app, The Daily, which aimed to revolutionize newspapers for the digital age—despite the amount of hype that was built before it launched. From its hay-day, The Daily has been relatively slow to load and present new content, especially considering our fast pace, gimmie-gimmie world. Moreover, its content has not always been hard-hitting. Consequently, The New York Observer reported earlier this afternoon that The Daily could be on the chopping block after the Nov. 6 elections. Murdoch has put the iPad newspaper on watch:

In addition, there are internal rumors that The Daily has been put “on watch.” According to a source the status of the groundbreaking iPad tabloid—which loses $30 million a year—will be reassessed after the November 6 election.

With other solutions like The New York Times’ stunning iPad app, as well as CNN and The Huffington, some users may be looking past The Daily for their news fix. Publisher Greg Clayman and Editor-in-Chief Jesse Angelo better step up their game before they experience the wrath of Mr. Murdoch. 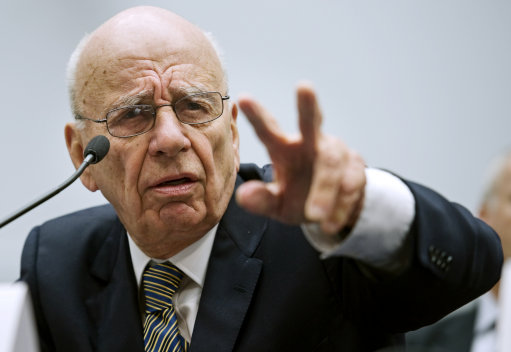