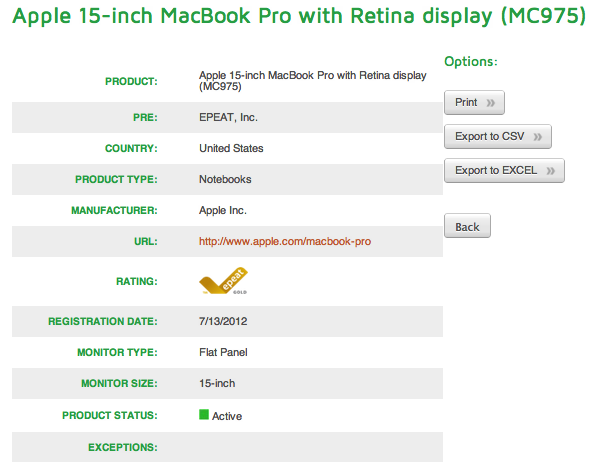 Apple’s products are back on the EPEAT’s registry with a Gold standard, but the Retina MacBook pro notably was at question.

The Cupertino, Calif.-based Company announced earlier this week that it planned to forgo the environmental rating system. The decision allegedly came after the EPEAT took up an issue with the new MacBook Pro’s Retina display and repairability factor, which iFixit detailed in a widely reported analysis last month.

After Apple dropped the EPEAT standard, the city of San Francisco said it planned to stop purchases of some Apple products, and then Politico revealed federal officials were also thinking twice before procuring Apple’s computers.

The hullabaloo apparently caused the folks in Cupertino to second guess their plan of action, as Senior Vice President of Hardware Bob Mansfield suddenly issued a statement on Apple’s environmental page today regarding the contention. He said the company made a mistake and would concede by returning to EPEAT.

Now, a few hours later, the EPEAT’s registry has 40 Apple products listed, including the Retina MacBook Pro. However, its IEEE 1680-2009 Criteria Category Summary (screenshot below) is a bit perplexing, especially considering the reasons reported as to why Apple pulled its products in the first place. 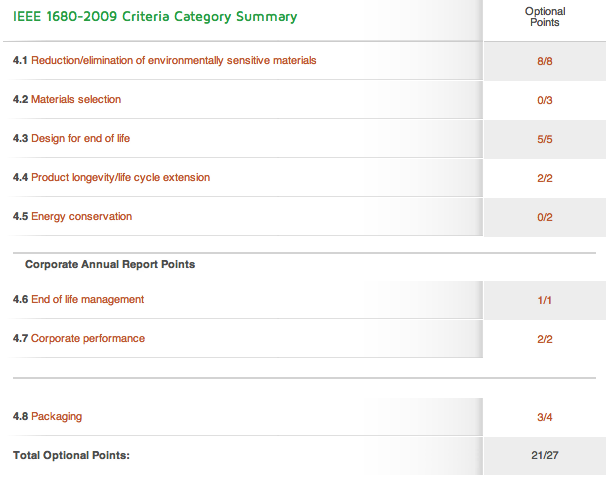 Apple received the full amount of points in the “Product longevity/life cycle extension” category, but it scored zero points in both “Materials selection” and “Energy conservation.” It also lost a point for “Packaging.” The final amount of points awarded came to 21 out of 27, which still garnered the notebook a Gold standard rating.

The results are interesting, because, out of all the categories listed, Apple should have lost points for “Product longevity/life cycle extension” if the MacBook Pro truly is the “least repairable laptop.” With that said, one certainly has to wonder what occurred behind the scenes when Apple rescinded and decided to return to the EPEAT standard. 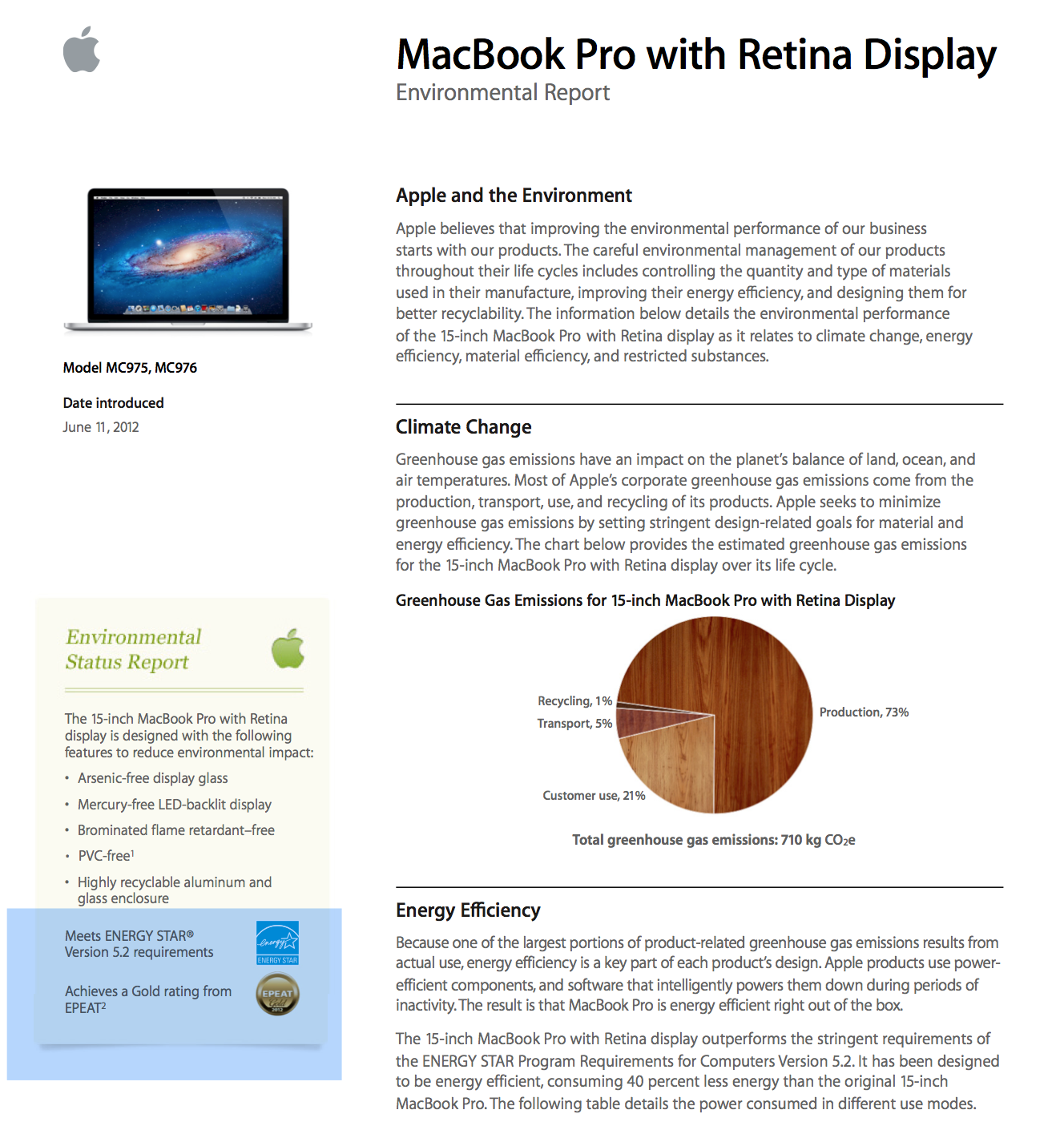