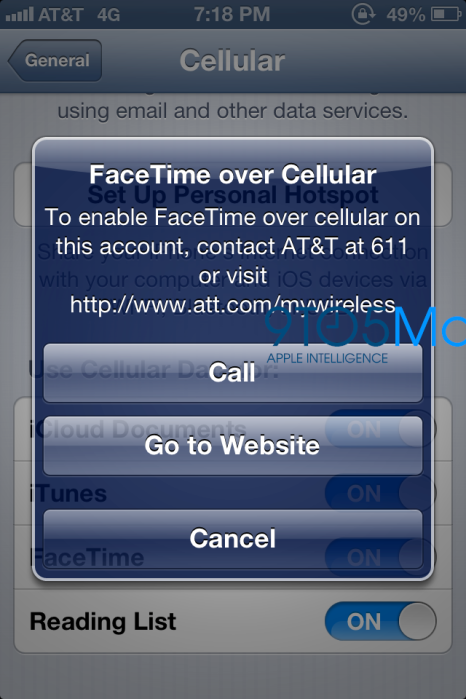 Like it does with the iOS Personal Hotspot feature, U.S. carrier AT&T appears set to control and charge for the iOS 6 FaceTime over Cellular feature. This iOS 6 enhancement brings the formally WiFi only iOS device video calling feature into a more useful state, letting people use the feature practically anywhere they may be. AT&T provided us with the following statement:

We’re working closely with Apple on the new developer build of iOS6 and we’ll share more information with our customers as it becomes available.

We attempted to bring up the same same error message when enabling the FaceTime over Cellular feature on a Verizon iPad WiFi + Cellular, but the feature enabled without an issue. AT&T charges for a separate plan to use Personal Hotspot on its network, and the carrier appears set to replicate that process with FaceTime over Cellular.

To replicate the process of receiving the above error message, you need to restore your network settings. It is also appearing for some people who have restored to iOS 6 beta 3.