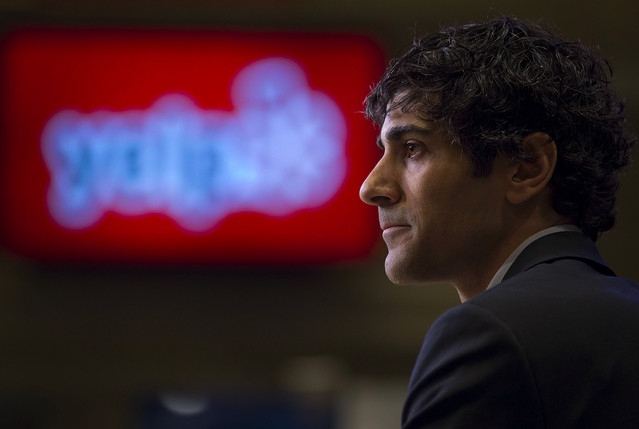 SFGate published a lengthy profile of Yelps’ co-founder and chief executive today, but one of the more interesting anecdotes concerned the late co-founder of Apple, of course.

The CEO further admitted that he received another flooring phone call this spring when his company went public. Apparently, President Barack Obama ringed to congratulate Yelp on all of its successes since founding in 2004.

Yelp’s continuous upswing shows no signs of stopping, either. Senior Vice President of iOS Software Scott Forstall even demoed Yelp on Apple’s new Maps app during the opening keynote at the Worldwide Developers Conference last month. The check-in integration is slated to debut in iOS 6.

So, it appears Jobs may have had ulterior motives when warning Stoppelman about the repercussions of a Google acquisition—surprise, surprise.