Australian airliner moves to iPhones for business, iPads for pleasure 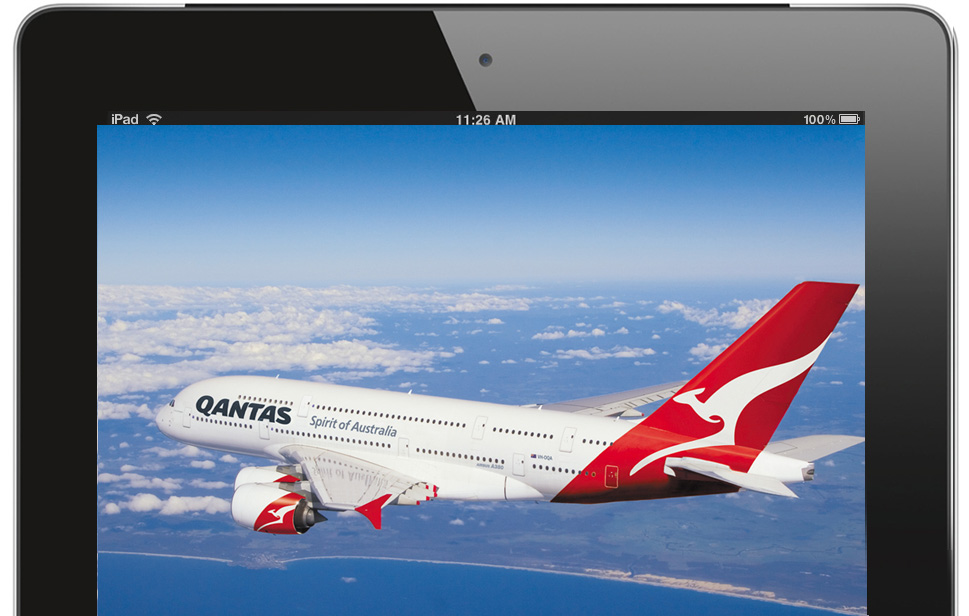 Australian airline Qantas previously announced it is dropping BlackBerry in favor of Apple’s iPhone and issuing iPads to pilots, but now it is rolling out iPads to passengers to compliment a new in-flight entertainment streaming service.

Qantas is abandoning RIM due to a recently conducted employee survey that indicated airline staffers prefer Apple’s smartphone offering. CIO Paul Jones told The Sydney Morning Herald that the iPhone offers a “user-friendly interface and simple access to emails, contacts and calendars, as well as meeting all Qantas’ security requirements.”

Staff members can also carry Android devices under the airline’s bring-your-own-device policy. The move to Apple’s iPhone will save Qantas millions of dollars, as will transitioning to the iPad to replace costly paper in the cockpit, according to NewStraitTimes. The airline will dole 2,200 iPads to pilots to improve communication and cutback on printed charts and manuals. The 64Gb iPads with 3G will save the airline about $1.5 million annually.

“Transition from the BlackBerry to the iPhone is part of Qantas’ broader mobility strategy and, once complete, will result in significant cost savings,” said a Qantas spokesperson.

With the full-scale shift to iOS in progress, Qantas further announced it plans to launch QStreaming across its B767 fleet. Qantas Domestic CEO Lyell Strambi revealed customers travelling on a Qantas’ B767 aircraft would now experience “in-flight entertainment streamed direct to iPads in every seat.”

“Following the successful trial of our QStreaming service this year, we will partner with Panasonic and use their eXW solution to provide over 200 hours of on-demand IFE content via iPads to every passenger in Business and Economy travelling on our B767 fleet,” Strambi explained. “QStreaming will be available free of charge to all our passengers across the B767 fleet.

According to the Qantas website, and as ZDNet noted, there were 23 Boeing 767-300 aircraft as of May 2012. Each airplane boasted between 229 and 254 seats, which should mean the airline will purchase more than 5,000 iPads.

Qantas is just another example of RIM hemorrhaging clients, with Apple and Android gladly standing by to gobble up those who are jumping ship.