Sparrow has just announced that it has been acquired by Google. The company’s team will be integrated within the Google Gmail team.

We’re excited to announce that Sparrow has been acquired by Google!

We care a lot about how people communicate, and we did our best to provide you with the most intuitive and pleasurable mailing experience.

Now we’re joining the Gmail team to accomplish a bigger vision — one that we think we can better achieve with Google.

We’d like to extend a special thanks to all of our users who have supported us, advised us, given us priceless feedback and allowed us to build a better mail application. While we’ll be working on new things at Google, we will continue to make Sparrow available and provide support for our users.

We had an amazing ride and can’t thank you enough.

Promo video for Sparrow for iPhone

Sparrow has long been noted as a great third-party email app for both the Mac and iOS, specifically on the iPhone. The application has a unique user interface that is intuitive and very well integrated into social networks. 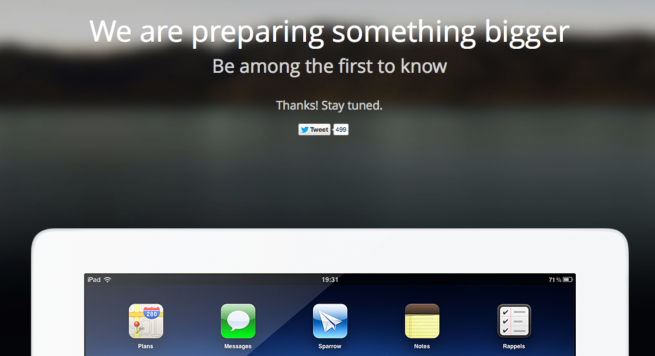 Teaser for Sparrow for iPad

The company said that an iPad app is in the works, but it is unclear if this app will launch now that the team is integrated into Google. Notably, Sparrow says that its current apps will stay available. Sparrow will also still provide support for its users.

Sparrow has also long been noted as a great Gmail solution for iPhone users. Google’s official iOS Gmail application is definitely in need of new features – beyond just a web view – and we hope that Sparrow’s team has a part in creating a new Gmail experience for iOS users. 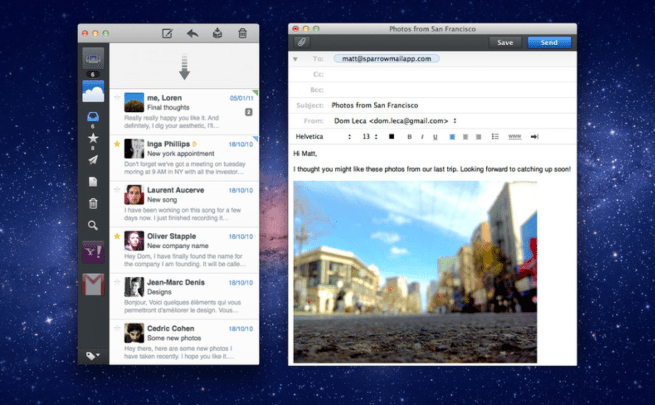 Screenshot of Sparrow for Mac

Sparrow has also just sent out a different, more personal note to its users. Notably: no new features or updates coming.

Hello,
We’re excited to let you know that Sparrow has been acquired by Google! You can view our public announcement here, but I wanted to reach out directly to make sure you were aware of the news.We will continue to make available our existing products, and we will provide support and critical updates to our users. However, as we’ll be busy with new projects at Google, we do not plan to release new features for the Sparrow apps.
It’s been an honor and a pleasure to build products for all of our wonderful users who have supported us over the years. We can’t thank you enough.
We look forward to working on some new and exciting projects at Google!

A Google spokesperson has reached out to provide the following statement:

The Sparrow team has always put their users first by focusing on building a seamlessly simple and intuitive interface for their email client. We look forward to bringing them aboard the Gmail team, where they’ll be working on new projects.

We’re also told that Google will support Sparrow in supporting its current Sparrow user-base and in providing essential app updates. The Sparrow team is also said to be focusing on new Google projects, likely related to Gmail. Google would not comment on specific future product plans.

The Verge says the purchase price was under $25 million.

One of the most widely publicized and important knocks against Sparrow’s iOS application is the lack of push notifications. As Sparrow CEO Dom Leca said, “now we’re joining the Gmail team to accomplish a bigger vision — one that we think we can better achieve with Google.” We think that bigger vision includes more resources; assets that will help Sparrow make email even better for everyone with features like push alerts.