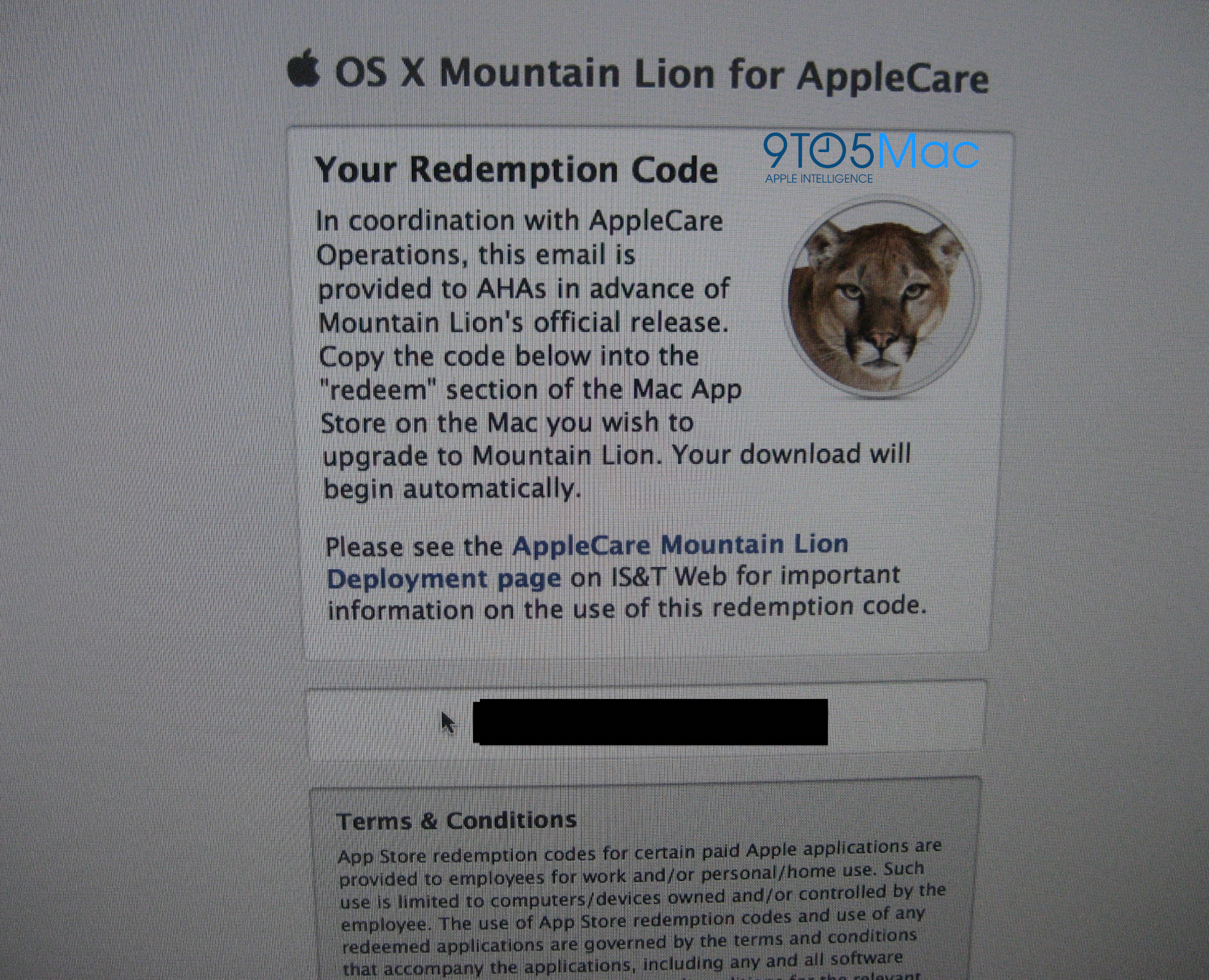 The OS was supplied today to all AppleCare employees via a Mac App Store redeem code. Employees who have installed the build have confirmed that their seed is build 12A269, the same build provided to developers on July 9th.

Last week, we reported that we had heard from retail sources that Apple is planning overnights on July 24th, and we speculated that this points to an OS X 10.8 release on July 25th. Apple followed a similar pattern with OS X Lion in 2011.

We’ve since heard several more reports of a planned July 24th overnight. Apple initially told members of retail store visuals teams that the overnight would span 2-4 hours, a measly amount of time for a supposed overnight that covers installing OS X Mountain Lion on several store display Macs. However, we’ve since heard Apple corporate come back to retail stores, instructing them that the overnights will take until 4 AM in some locations. Of course, with a digital-only release, Apple could make the release date to any date.

We previously reported that Apple had expanded its internal Mountain Lion testing to select retail staff. This was meant to aggressively extend Mac OS 10.8 testing internally, and the move was also meant to familiarize retail employees with the new software.