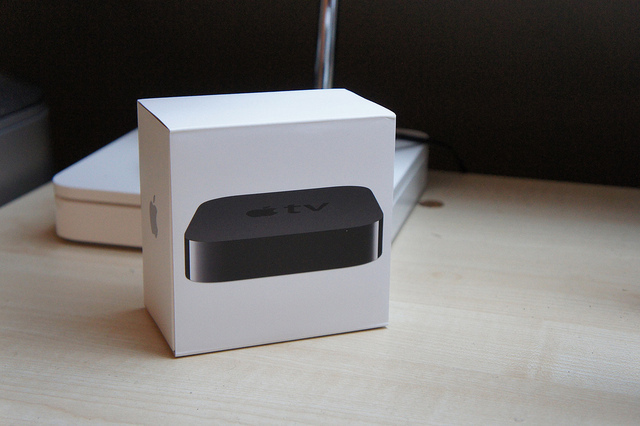 Apple CEO Tim Cook announced in the Q/A section of its Q3 earnings call that the company sold a total of 1.3 million Apple TVs during Q3, up 170% year over year, making for a total of 4 million sold during Apple’s fiscal year. He also noted that Apple will “continue to pull the string and see where [the Apple TV] takes them,” which is certainly an interesting comment after all the Apple TV set rumors that have been brought up over the past few years. Cook also continued with the same song and dance, saying Apple TV will remain in the company’s interest. With one quarter to go, Apple already passed 2011’s Apple TV sales of 2.8 million. Pretty solid for a hobby device. As GeekWire points out, the Apple TV outsold Microsoft’s Xbox 360 during Q3: 1.3 million to 1.1 million.