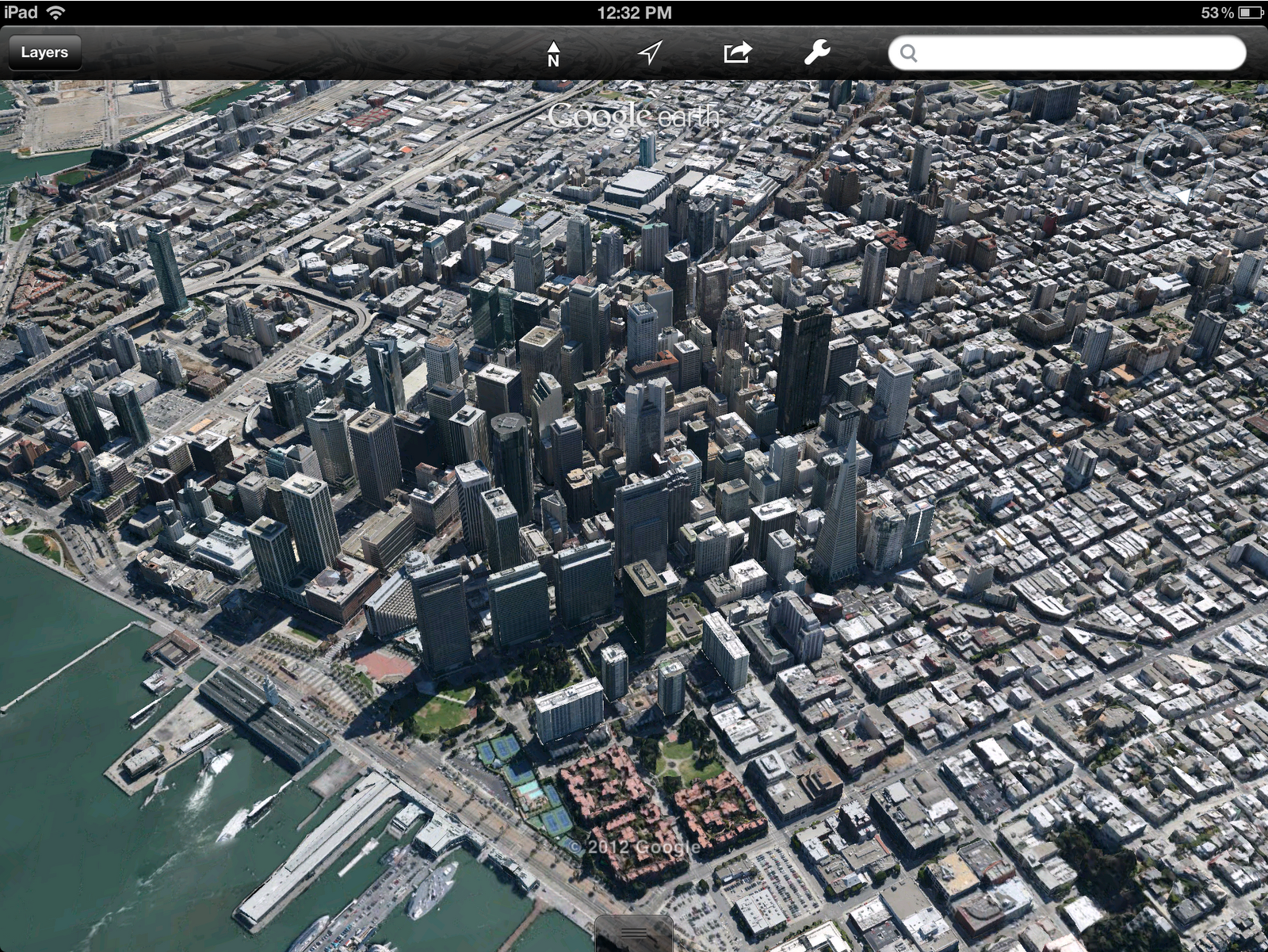 Update: The Google Earth iOS app has now been updated to version 7.0.0 with the expected 3D imagery and Tour Guide feature.

• Tour guide: Explore places you never thought to search for with new tours of your favorite cities, historic landmarks and natural wonders.
• 3D imagery: Take flight above entire cities in 3D. Get started with Los Angeles, Boston, San Francisco, Geneva or Rome and look for new additions in the coming weeks. Available for iPhone 4S and iPad 2 or later.

About 12 percent of 9to5Mac readers are now on iOS 6 with Apple’s in-house 3D Maps. The larger population of iOS users, however, can only get a fix of 3D maps by heading to Google Earth, which today gets an update to 3D maps, according to CNET. The 3D maps for iOS were formerly announced at Google I/O last month, and it appears the feature will go live today.

Just like iOS Maps, the 3D stuff only works on recent hardware like the iPhone 4S and the second- and third-gen iPads. Meanwhile, 3D was enabled on Android Maps at Google I/O.

iOS users are getting those same 14 regions, including Los Angeles, the San Francisco Bay Area, Boston and others. As Google adds more 3D cities to its database, both those platforms will get them at same time.

So just how soon will Google get some more 3D cities in its repertoire? It’s in the works says Peter Birch, a product manager on Google’s geo team.

“By the end of this year, we’re targeting getting coverage for 300 million people, and that’s really just this year,” Birch said in an interview with CNET. “We’re looking to add and expand to that.”

Author Ad Placeholder
Will only appear on redesign env.
The update also included a “new tour guide feature that lists cities of interest, and flies users to that location.” Users can use this tool to learn more about locations they might want to visit.

Some —present company included— speculated Google will make a stand alone Maps app in light of Apple’s recent change to its own mapping platform. However, Google Earth could conceivable take the reins as more mapping features are added.

As of this writing, the app has not gone live. The app will be here when it does [iTunes link].