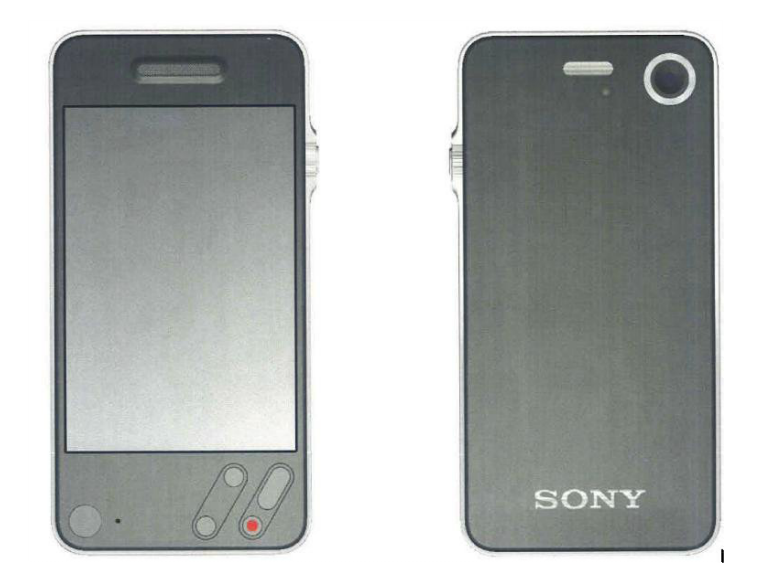 With Apple and Samsung’s jury trial slated to kick off in a federal district court in San Jose, Calif., this Monday, AllThingsD points us to trial briefs where Samsung’s lawyers argued Apple’s inspiration for the original iPhone CAD drawings and designs were inspired by a Sony product:

Right after this article was circulated internally, Apple industrial designer Shin Nishibori was directed to prepare a “Sony-like” design for an Apple phone and then had CAD drawings and a three-dimensional model prepared. Confirming the origin of the design, these internal Apple CAD drawings prepared at Mr. Nishibori‘s direction even had the “Sony” name prominently emblazoned on the phone design, as the below images from Apple‘s internal documents show..

Soon afterward, on March 8, 2006, Apple designer Richard Howarth reported that, in contrast to another internal design that was then under consideration, Mr. Nishibori‘s “Sony-style” design enabled “a much smaller-looking product with a much nicer shape to have next to your ear and in your pocket” and had greater “size and shape/comfort benefits.” As Mr. Nishibori has confirmed in deposition testimony, this “Sony-style” design he prepared changed the course of the project that yielded the final iPhone design.

The article referenced above is from a 2006 interview with Sony designers that appeared in Businessweek.