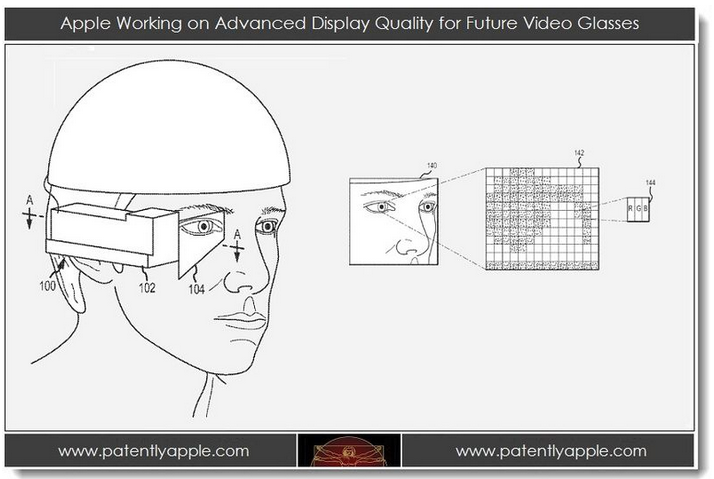 Today, a patent application published by the US Patent & Trademark Office, and then discovered by Patently Apple, covers methods of increasing pixel density for high-resolution display technology in a head-mounted display. This is not the first time an Apple patent related to head-mounted displays has surfaced. As far back as 2009, Apple won patents related to an iPod video headset display. It also won a second patent just this year related to the Google Glass-like technology. Unfortunately, this is not a design patent. So, the Google Glass-like design in the drawing above only relates to a general concept for the device covered in the patent:

Today, the US Patent Office published a new patent application from Apple regarding a future heads-up display that focuses on delivering Retina Display like quality to a smaller display that’s powered by a much smaller battery than an iPhone. For those interested in the finer details of this invention, check out Apple’s latest patent application titled “ Display Resolution Increase with Mechanical Actuation.”