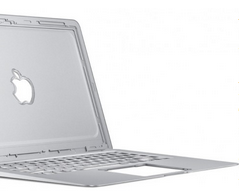 A chlorine gas leak at one of Apple’s Chinese supplier plants reportedly killed one person and left four others in comas late last night.

According to The Financial Times (via Xinhua Net), the deadly accident occurred at a Catcher Technology factory in eastern China. The company manufactures MacBook casings, as well as product casings for HTC, RIM, and others, and it confirmed late Thursday that the gas allegedly leaked during wastewater processing.

“The accident happened at the waste disposal facility and is not directly related to any manufacturing process, factory, or materials,” said Catcher Vice President of Corporate Finance James Wu in a statement to Reuters.

Another Catcher plant in Suzhou temporarily closed in October 2011 due to local residents who complained about bad odors emitting from the plant. The factory resumed processes within 10 days, however.