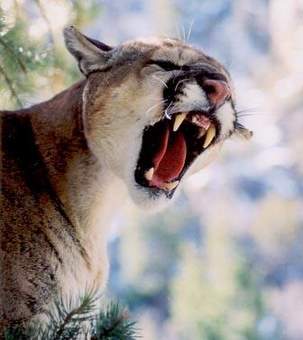 In a press release, Apple today announced that Mountain Lion had been downloaded over 3 million times since its launch, making it the “most successful” OS X release in Apple’s history. The $19.99 upgrade is available only via the Mac App Store, but it can be made into a USB Stick–which would account for additional installs.

Doing a little of the math, that is close to $60 million in revenue for the cash-strapped Cupertino company.

“Just a year after the incredibly successful introduction of Lion, customers have downloaded Mountain Lion over three million times in just four days, making it our most successful release ever,” said Philip Schiller, Apple’s senior vice president of worldwide marketing.

After launch, we did some incredibly un-scientific analysis of our web logs and found that over half of our Mac readers had updated to Mountain Lion within 24 hours of launch. That number appears to continue to grow steadily.

By way of comparison, Lion was downloaded 1 million times in the 24 hours after launch, but it did not hit 6 million downloads until over two months after release.

CUPERTINO, California—July 30, 2012—Apple® today announced that downloads of OS X® Mountain Lion have exceeded three million in four days, making it the most successful OS X release in Apple’s history. With more than 200 innovative new features, Mountain Lion is the ninth major release of the world’s most advanced desktop operating system and is available through the Mac® App Store™ as an upgrade to Lion or Snow Leopard users for $19.99 (US).

“Just a year after the incredibly successful introduction of Lion, customers have downloaded Mountain Lion over three million times in just four days, making it our most successful release ever,” said Philip Schiller, Apple’s senior vice president of Worldwide Marketing.

Mountain Lion features include the all new Messages app, Notification Center, system-wide Sharing, Facebook integration*, Dictation, AirPlay® Mirroring and Game Center. iCloud® integration makes it easy to set up your Mail, Contacts, Calendar, Messages, Reminders and Notes, and keep everything, including iWork® documents, up to date across all your devices. For more information or to download Mountain Lion visit apple.com/osx/specs.

In addition to Mountain Lion, the Mac App Store offers thousands of apps in Education, Games, Graphics & Design, Lifestyle, Productivity, Utilities and other categories, and is the largest, fastest growing PC software store in the world. Users can browse new and noteworthy apps, including apps that take advantage of new features in Mountain Lion, as well as check out staff favorites, top charts for free and paid apps, and user ratings and reviews. For more information visit apple.com/mac/app-store.

*Facebook integration will be available in an upcoming software update to Mountain Lion.