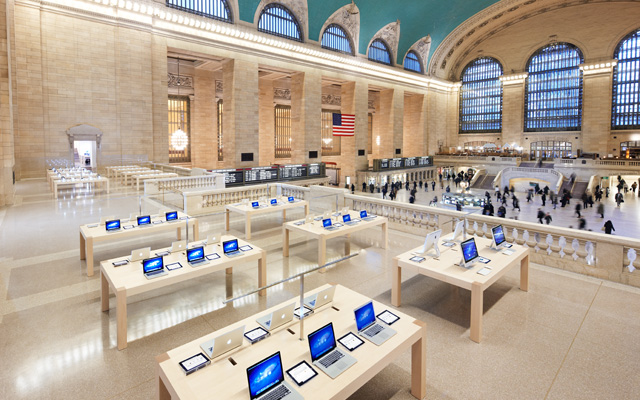 MTA Chairman and CEO Joseph Lhota told The New York Post that DiNapoli’s report is overtly “bias against the MTA and Apple,” and he said the audit is “not fact-based, and, accordingly, their opinion is worthless.”

“The MTA’s lease process with Apple was open, transparent and followed both the spirit and letter of the law,” Lhota contended.

Apple opened its doors in Grand Central’s last winter and pays $1.1 million in rent for 2012, which the audit noted is below market, and the company notably does not share a percentage of its sales with the MTA. It is the only retailer at the station with such a deal.

On the plus side, there is an awesome Apple Store with free Wi-Fi in Grand Central Station!

[The full audit does not appear to be online as of press time.]