Review: The iPhone on Straight Talk 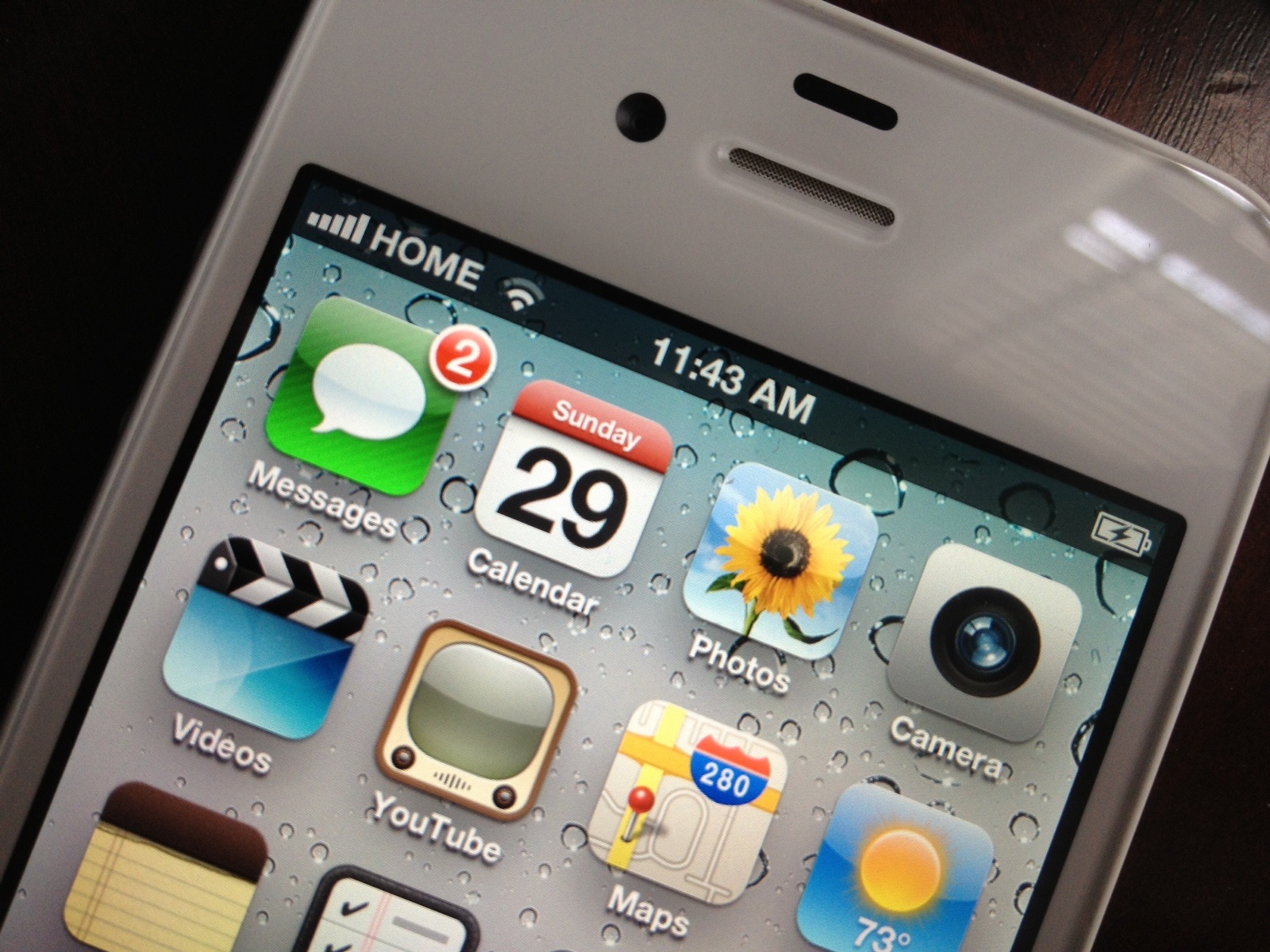 In recent months, the iPhone has been released on a few U.S. prepaid carriers, allowing consumers to purchase the device without a contract on a much cheaper plan than what a post-paid carrier would offer on a contract.

Unfortunately, the device selection is limited to only the 8 GB iPhone 4 or the 16 GB iPhone 4S (available in black or white) on both Cricket and Virgin Mobile. The unlimited plans are only $55 depending on either carrier. The data runs over Sprint’s 3G network, however, which is one of the slowest 3G networks available. This really limits the iPhone’s potential and ruins the experience of using such an advanced device. I am sure many people believe the old “you get what you pay for” saying is true—an iPhone on a prepaid carrier will never be as good as an iPhone on a contract carrier.

However, those people could be wrong.

Recently, I started to look at running an iPhone on Walmart-promoted prepaid carrier Straight Talk. I was cautious at first, because I was unsure which features would stop working on my phone (I am currently on AT&T). I knew that some things like visual voicemail would stop working since that requires specific, Apple-approved carrier support, but I wanted to make sure I would not lose my data capabilities like those who use unlocked iPhones on T-Mobile. On top of that, I was uncomfortable with the idea of cutting down a full-sized SIM card to fit into my iPhone 4’s Micro SIM slot.

I looked online for answers to my questions, and I was mostly met with some tutorials on how to run an iPhone on Straight Talk. The only way I was going to get any answers was to put a Straight Talk SIM into an iPhone and find out for myself.

The first thing I did was go to Straight Talk’s website and look into its “BYOP” or “Bring Your Own Phone” program. This allows you to purchase a Straight Talk SIM card without having to also buy a cheap phone that you will not use. The standard SIM card alone is $14.99. Much to my surprise, they offer a Micro SIM for the same price—even going so far as to explicitly state on the website that it fits the iPhone 4 and iPhone 4S. The program supports any GSM iPhone, but it does not work with CDMA-only (iPhone 4) models like those used on Verizon or Sprint.

The service is only $45 a month, which is much cheaper than the other prepaid carriers, and the data, messaging, and calling are all unlimited. The BYOP program also allows you to port your number from your old carrier to your new Straight Talk plan. This is a very nice plus that contract carriers like Verizon and AT&T also offer.

Of course, the biggest question is not whether a SIM card will fit into my phone. The real question is whether the service is worth the money. To setup the service, you will need a GSM (AT&T) iPhone, and it does not even need to be unlocked. To be sure, we talked to Straight Talk. It provided the following statement:

To answer your question, we just re-tested to confirm. Since Straight Talk is making use of AT&T’s powerful Nationwide HSPA+ network, users currently don’t need to unlock an iPhone 4/4s in order to get Straight Talk’s SIMs to work, but they do need to change their APN settings.

This certainly adds convenience for early iPhone 4 adopters since they’ve all run through their contract. Those still on contract could switch over without getting AT&T to unlock their phone but they’d still have to fulfill their contract commitments.

It’s important to note that since AT&T works closely with Apple on software updates, and could see this functionality as problematic for one reason or another, the ability to use Straight Talk on a locked iPhone (or any locked phone) is subject to being removed at any time at the sole discretion of the network or device manufacturer. For these and other reasons, we heavily recommend that users only make use of the Straight Talk service on unlocked devices.

As for the data and MMS, there is a tiny bit of work that has to be done to set up, but it’s not very hard. In fact, all you have to do is visit one webpage on your phone, tap a few buttons, select “Straight Talk” from a list of carriers, and then install the provided carrier profile. That’s it. If you are jailbroken, you may have to do a bit more work, as detailed here, but most people should be fine with the simple steps above.

iMessage works with no problem or additional setup, and sending from both the phone number on the SIM card and with an Apple ID functions exactly as it should.

Once you have the SIM installed and the data setup, you will find that the call quality is very good and data speeds are pretty much the same as AT&T’s (at least in our tests). In fact, if you stick the Straight Talk SIM into an iPhone 4S, you will have access to the same HSPA+ “4G” network that AT&T subscribers use, complete with the “4G” indicator in the status bar. Curiously, the status bar lists the carrier as “HOME”, but that is no reason to be alarmed.

Unfortunately, you will lose your visual voicemail. Setting your data to work with Straight Talk won’t fix that, because Straight Talk’s network doesn’t support it. However, other solutions do exist, such as the free YouMail app. While I have not tried it yet, it has been recommended by many people who use it. YouMail confirmed that the free service will work with Straight Talk on jailbroken iPhones, but its setup website currently states that the service has stopped working this month and the developers are investigating the issue. Standard “call-in” carrier voicemail does still work with the iPhone.

Overall, Straight Talk is one of the best iPhone carriers available. The Straight Talk network is pulling from AT&T’s network, so you get full-speed access to nationwide HSPA+, unlimited calling, texting, MMS, and data for less than the cost of a far more limited plan with a post-paid carrier (as well as the convenience of never having to sign a contract). There are a few downsides to using an unofficial carrier, such as the lack of visual voicemail for those who rely heavily on that feature, but the benefits and price seem to far outweigh the downsides.