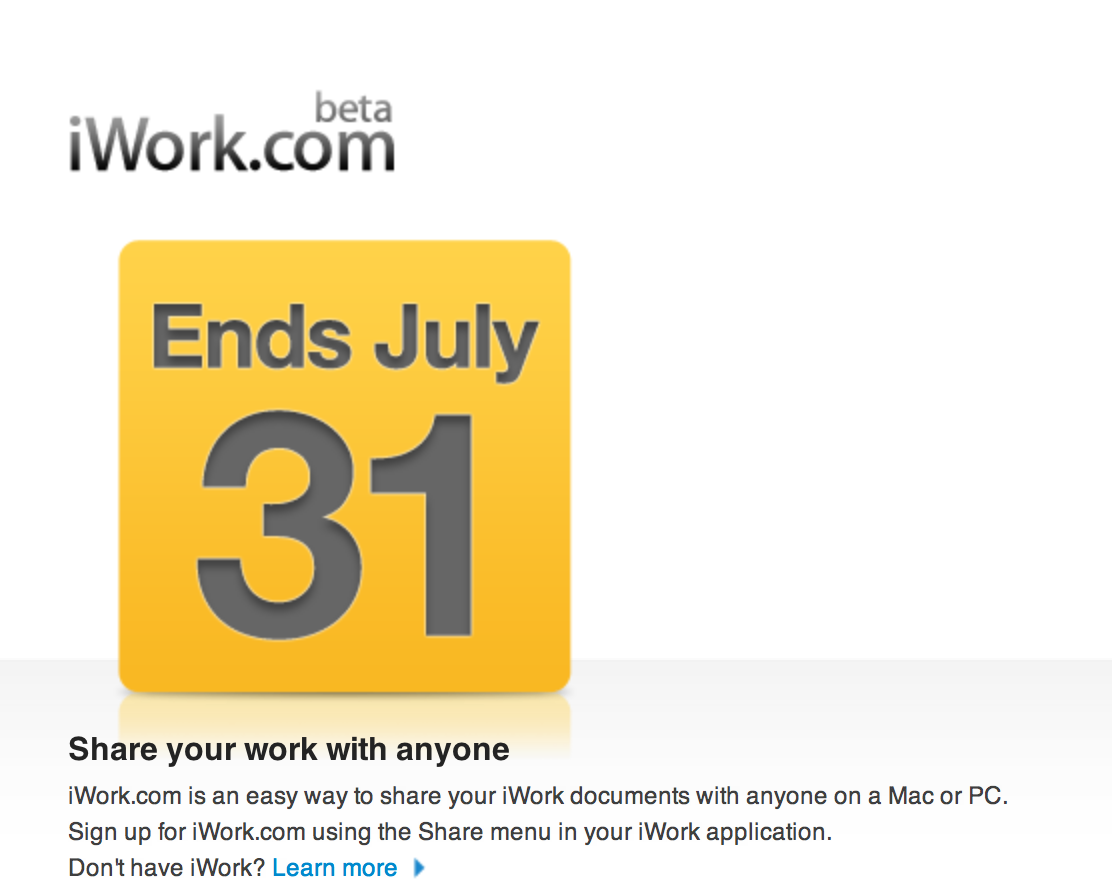 Apple introduced iWork.com at Macworld in 2009 as a beta web service for sharing and collaborating on documents created in the iWork ’09 productivity suite. Since then the site has remained in a perpetual “beta” state, never becoming the full product Apple envisioned.

Like MobileMe, which was shut down one month ago, most of iWork.com’s features have been moved to iCloud, thus removing the need for iWork.com to exist any longer. As of tonight, Apple no longer will allow users to login to the web interface, and although the iWork apps were updated to support iCloud last week, the option to login to iWork.com through the Mac version still exists.

Considering the fact that the current suite is over three years old, many are hoping to see an updated version launch later this year. Apple’s next media event is rumored to be on September 12, and while it will likely be focused on the next-generation iPhone, it’s possible that Apple could surprise us with iWork ’12.