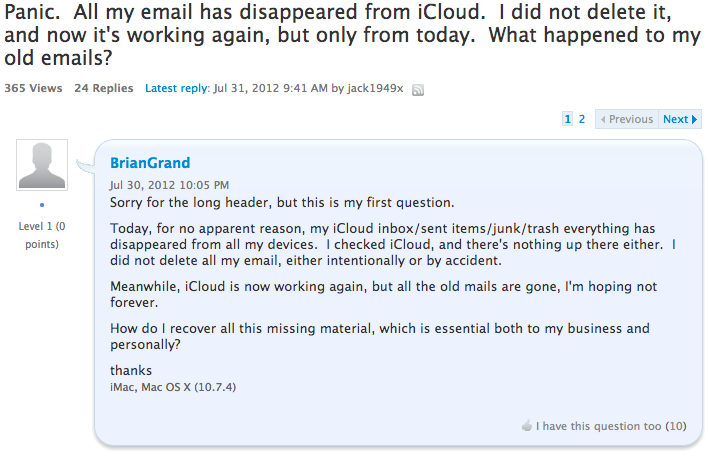 A discussion thread on Apple’s support forum appeared last night from a user who claimed all of his iCloud content disappeared without warning. A further glimpse at the following comments revealed the same situation occurred for a number of iCloud users.

One commenter, npascual, said an Apple support representative “acknowledged last night’s outage,” and then suggested the user “turn off all iCloud-related services on my iPad (Mail, Contacts, Calendars, etc.), wait a bit then turn them back on.”  The representative apparently indicated “everything would return after a short period of re-synching.” However, npascual noted it had been a few hours since the call without any repair.

Check out the full thread here.

9to5Mac reached out to Apple on this matter, and we will update when more is known.

@9to5mac thanks having major issues here.

UPDATE: Well, Apple is owning up to the problem, according to its System Status page, but the company is neglecting to give an explanation as to what is happening.

More thread comments are below.