Verizon spanked by FCC for charging extra for tethering/apps, should drop extra fee in short order 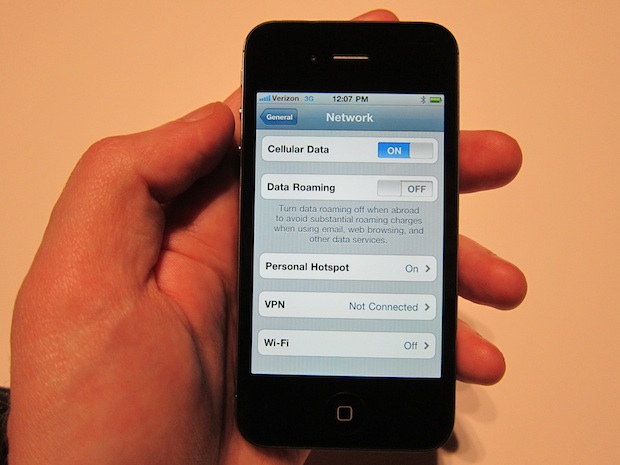 Verizon was fined a measly $1.25 million today for blocking access to tethering apps mostly on the Android platform. That does not apply to most iOS users (currently), however. That is because this ruling —for now— only affects LTE 4G devices. With the next-generation iPhone, which will launch in mid-September, heavily rumored to be the first iPhone to include LTE access, this will affect those choosing to go with Verizon Wireless for their fancy new iPhone.

The ruling asserts that Verizon must not charge an additional fee for tethering on its devices—so long as they are not on the grandfathered unlimited data plans. The iPhone has included tethering support since iOS 3.0, and the feature was taken to the next level by Apple and Verizon Wireless with the launch of the Verizon iPhone 4 and the wireless Personal Hotspot feature in early 2011. The feature was soon spread to iPhone carriers globally with iOS 4.3.

Earlier this year, Apple brought the Personal Hotspot feature to its tablet with the LTE iPad. Something notable with Apple and Verizon’s agreement for the iPad is that the wireless tethering feature is included in the pre-paid data plans. If a user pays a certain amount for data, they will not have to pay anything extra to access the wireless tethering system. With the LTE iPhone, according to today’s FCC ruling, users will have the same, great experience.