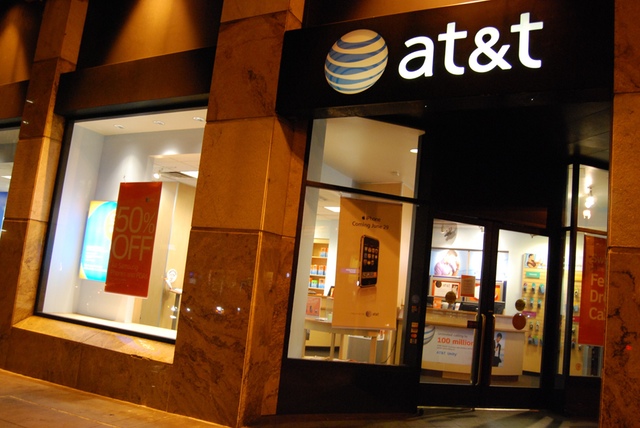 Update: AT&T seemed none-too-pleased with the allegations and gave us the following statement:

The idea that we would steer any customer away from a particular device couldn’t be more farfetched.  Our reps do what it takes to align customer needs with the best device for them.  iPhone remains one of our most popular devices, which doesn’t happen by steering people away from it. Our reps are encouraged to try all devices so they are more knowledgeable on our industry-leading smartphone lineup.

@9to5mac doing it to avoid complaints from customers when the new iPhone launches?

We heard reports in the past that retail employees at other carriers were instructed by higher-ups to push Android and other alternative smartphone options to customers interested in the iPhone. However, BGR claimed today that AT&T’s slow 3 percent growth of iPhone activations in the second quarter was likely the result of a similar strategy. Although iPhone activations made up roughly 73 percent of smartphones in AT&T’s Q2 report, the initiative has apparently been confirmed by three independent sources:

Regional retail sales managers at AT&T have been instructing store managers to pump the brakes on Apple’s iPhone. Instructions handed down from corporate state that customers seeking smartphones at AT&T retail stores should be steered away from Apple’s (AAPL) iPhone and towards Android phones or Windows Phone handsets like the Nokia Lumia 900 instead. BGR has confirmed the directive with three independent sources

The report also claimed that one source indicated iPhone sales dropped from 80 percent to 50- to 60- percent of smartphone sales, at least in one region, since the initiative began. BGR also claimed retail staffs at AT&T in some regions are forced to choose an Android or Windows device over the iPhone for their company phone. We reached to AT&T for a comment and will update this post shortly when we hear back.