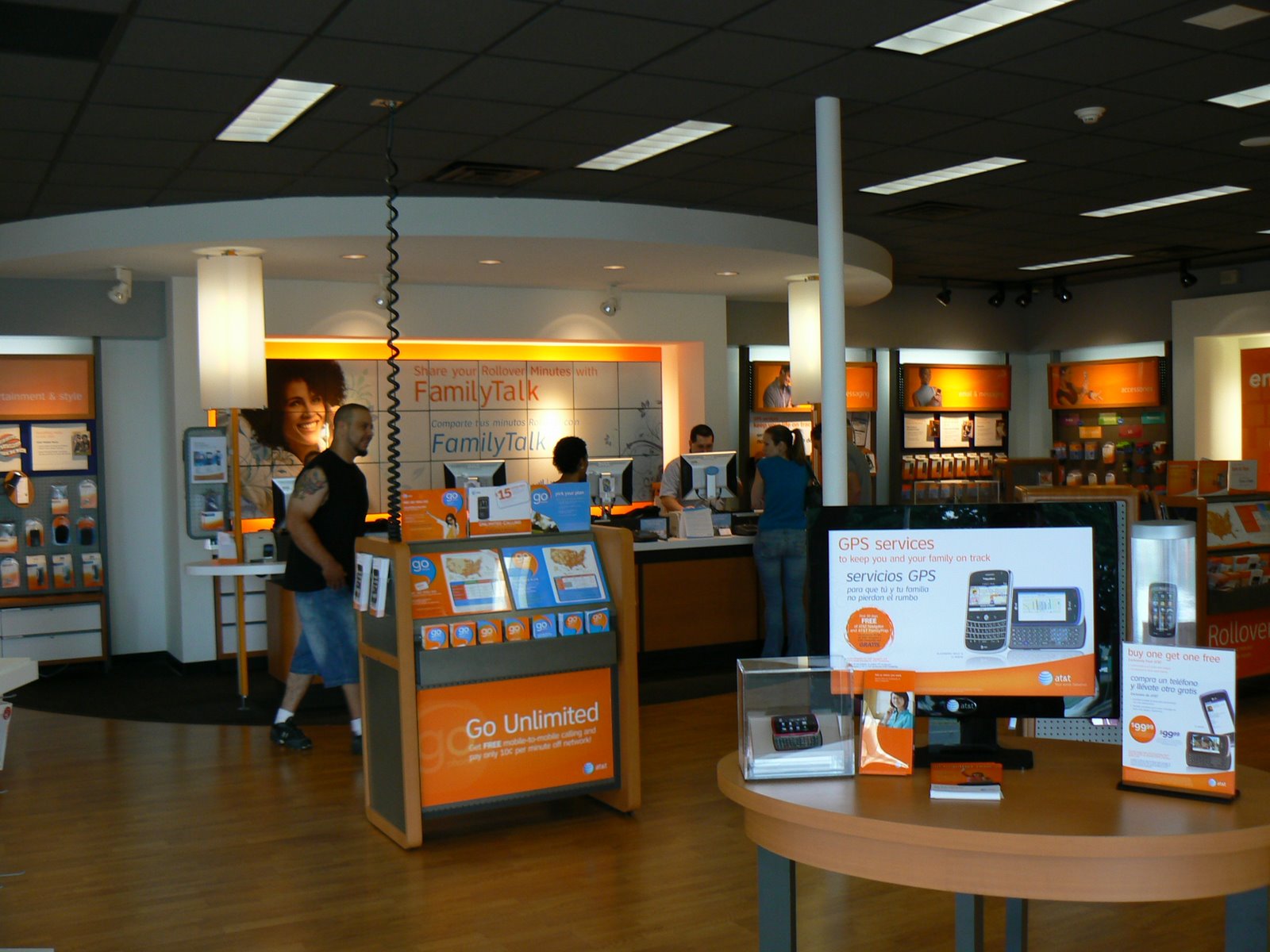 Over the past couple of years, Apple has been taking steps to overhaul its retail operations and customer experience with the iPad. From iPads for employees equipped with RetailMe and Concierge software to manage store operations, to iPads loaded up with software for the Genius Bar, to iPads with “Smart Sign” software sitting beside every product display in the store, Apple has overhauled its retail stores with the iPad.

AT&T, Apple’s first carrier partner, is planning to take these cues from Apple Retail in order to overhaul the way its stores work as well. Currently, all AT&T stores are equipped with inefficient counter areas where employees work behind outdated computers.

These computers run software called OPUS that functions as the point of sale system as well as allowing employees to check inventory levels, news from corporate, customer upgrade information, and more.

But that is all about to change, according to sources.

AT&T has already started to take steps away from the counter – in certain markets – by deploying iPhones and tablets with stripped-down versions of OPUS. These iPhones are basic in their functionality, allowing employees to only conduct simple tasks like accepting payments for accessories and basic account management.

However, in the next two years, according to sources, AT&T plans to completely rid its stores of computers and counters, moving completely over to the iPad with a feature-complete version of OPUS. Read on for all of the details:

Unlike the iOS variant for the smaller iPhone display, this iPad-based system will replicate all functionality from the older, desktop-computer OPUS system. These new iPads will function as a point-of-sale system, an upgrade check system, a system to research customer accounts, and will be capable of doing everything the computers are capable of doing.

An AT&T spokesperson told us the following when reached for comment:

There are several stores currently using tablets in the store, specifically to complete accessory sales and certain account changes on a tablet, from anywhere in the store. We’re working to expand the functionality available on tablets. 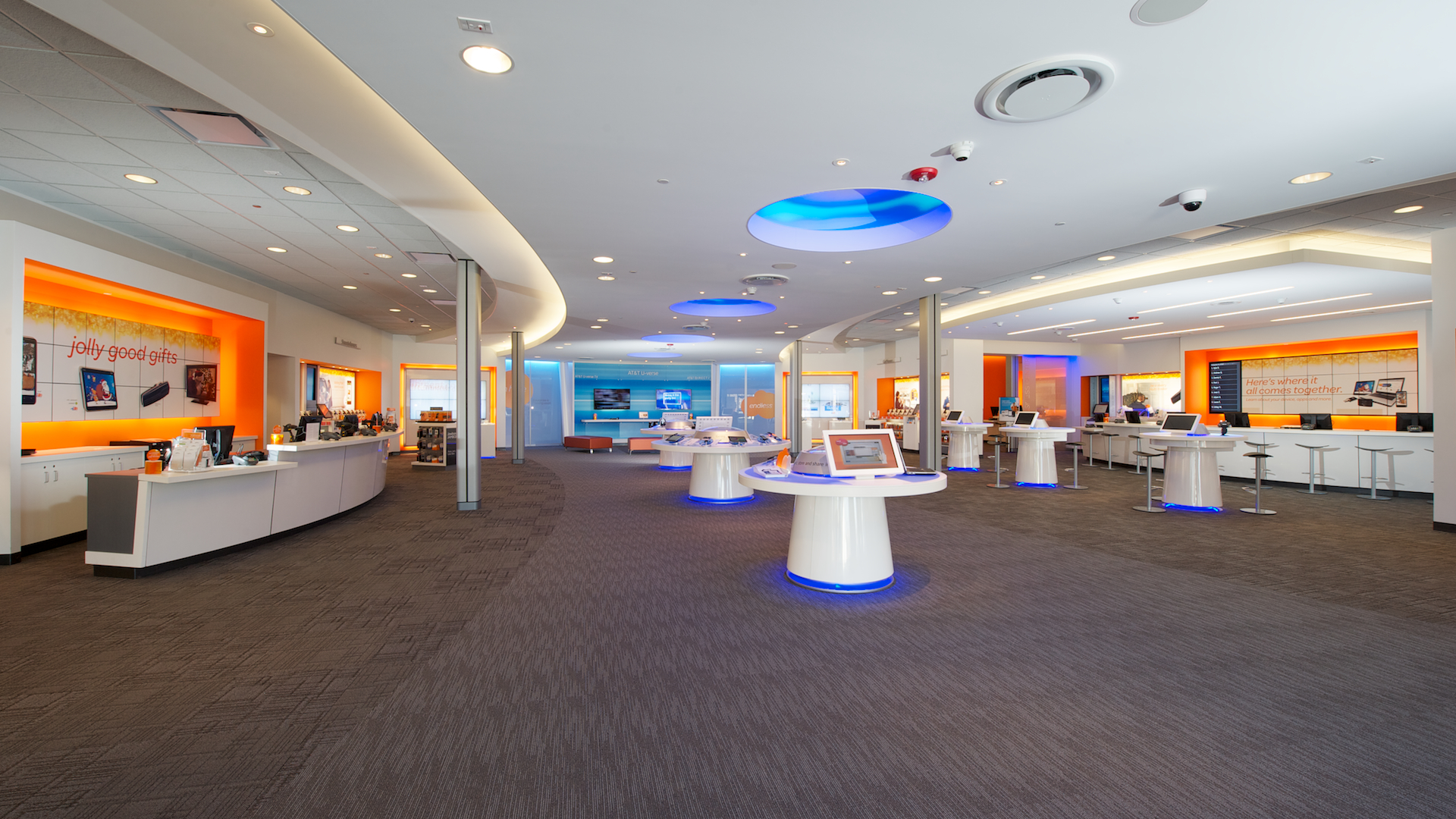 AllThingsD noted in November of last year that AT&T was toying with the idea of moving to a more iPad-enhanced approach in its single “concept store” located in Chicago (pictured above).

While AT&T plans to complete this rollout to all of its physical retail markets within a “couple of years,” according to sources, AT&T will begin aggressively deploying these new iPads for a larger test phase in a certain amount of markets by early next year. Sources told us that a handful of stores near AT&T’s corporate offices have begun testing these iPads already within the past couple of weeks.

Since the opening of phone packages requires some form of a desk/counter, smaller “pod” like tables will be placed in the middle of stores.

For extra security, stores will receive WiFi base stations meant to specifically power the iPad systems. Additionally, lockers will be installed in the back of stores for employees to store the iPads.

Right now, according to sources, AT&T is yet to finalize its plan for how it will actually take credit cards with the iPads. Because of that, the current plan is that employees will need to manually input credit card information into the iPads during this beta test. It is possible that AT&T will develop its own propriety credit card reading component, or they will rely on solutions that already available in the iPad credit card reading marketplace.

With these new iPad based-systems, the goal is for AT&T stores to lose the counters, and have employees roam around the stores with customers, versus being behind a table. This will make the customer and employee experience better and more intimate, something that AT&T is hoping to accomplish. “Retail store reps can be side-by-side with the customer, completing sales from anywhere in the store, and out from behind a counter,” an AT&T spokesperson told us when reached for comment.