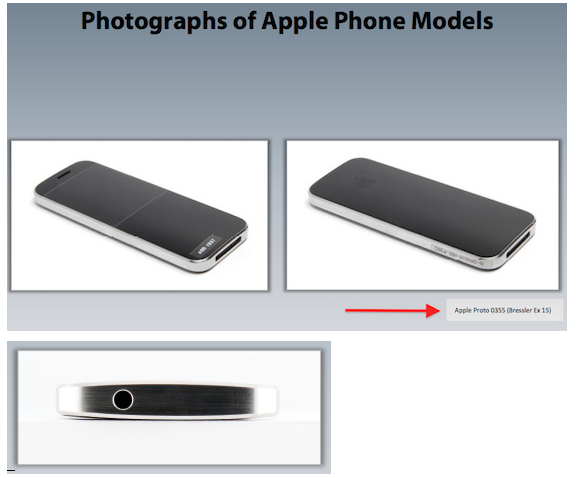 He continued to explain how Apple ultimately chose not to utilize curved glass mainly due to cost:

My recollection of it was that to get the extruded aluminum design that was applied to the iPod to work for the iPhone, there were too many added features to allow it to be comfortable and to work properly… If you put an iPod up to your ear, the sharp edges, because of the processes, aren’t comfortable, and you can’t get antennas to work properly in a fully enclosed metal jacket. So each one of those things needed to apply other features that started. 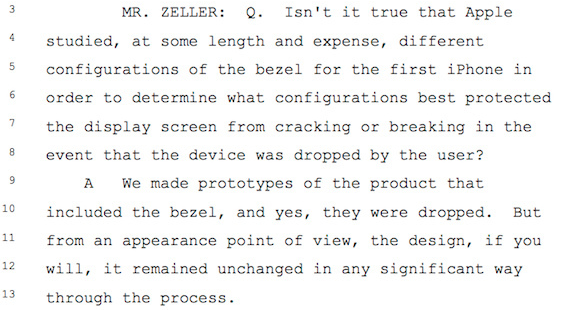 Also discovered in the deposition is a question to Apple designer Christopher Stringer about whether drop tests affected the device’s initial design direction:

It changed as a result of those fine-tuning the design. From a composition point of view, we were trying to decide how much of a border we wanted around the glass, the angles, the dimensions, the corner radii. We excruciatingly put through how we wanted this thing to appear. So yes, it did take various forms along the way… I can tell you quite plainly that this shape is not determined as a result of drop tests.”