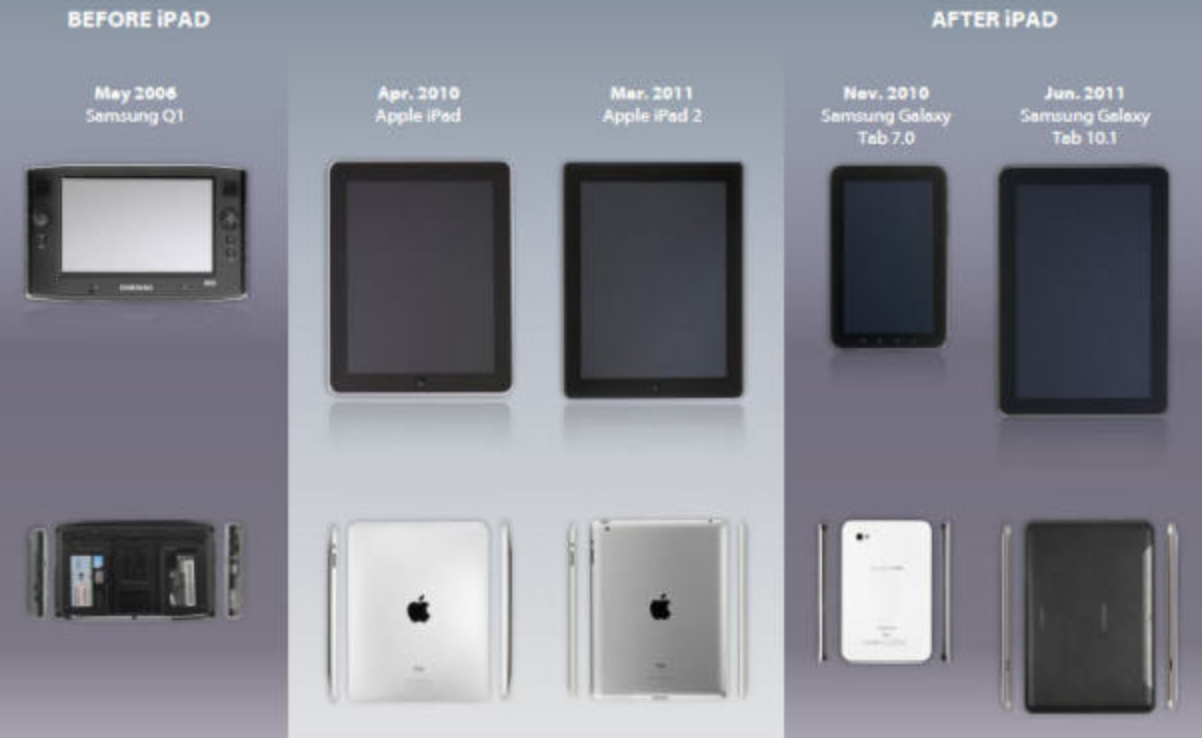 We brought you an update on the third day of the Apple vs. Samsung trial earlier today, with Happy Mac logo creator Susan Kare and former President of the Industrial Designers Society of America Peter Bressler set to take the stand as Apple presented evidence that Samsung copied its trademarked iOS icons. During his testimony today, Bressler claimed there are “a number of Samsung phones and two Samsung tablets that are substantially the same” as Apple devices, just as Samsung’s chief strategy officer, Justin Denison, testified its devices are “distinctly different.”

Bressler suggested that consumers could confuse one of Samsung’s devices with Apple’s…To back that point up, Bressler, the inventor or co-inventor on about 70 patents, went through how nearly a dozen Samsung devices were similar to Apple’s. That includes Samsung’s first– and second-generation Galaxy S devices, as well as the company’s Galaxy tablets.

Bressler also attempted to gut Samsung’s prior art defense, which cites a Japanese design patent issued to rival electronics firm Sharp in 2005. That device, which Samsung suggests looks like the iPhone, is unlike the ones depicted in Apple’s patents since it has a curved, non-flat front, Bressler argued.

While testifying earlier today that Samsung’s Galaxy devices look “distinctly different” at the request of carriers, Denison was questioned by Apple’s lawyers over an internal Samsung document referencing the iPhone’s user-experience as the new standard. According to CNET:

Apple’s lawyers took Denison to task over that claim, pulling up a translated internal Samsung document discussing the user interface of the iPhone in comparison to its own phones:

All this time we’ve been paying all our attention to Nokia, and concentrated our efforts on things like Folder, Bar, Slide, yet when our [user experience] is compared to the unexpected competitor Apple’s iPhone, the difference is truly that of Heaven and Earth…It’s a crisis of design….When everybody (both consumers and the industry talk about [user experience], they weight it against the iPhone, the iPhone has becomes the standard. That’s how things are already.

Denison referred to that example as “hyperbole,” saying it was an exaggeration.

Up next to testify is Happy Mac logo creator Susan Kare, which MercuryNews reported will likely not happen today as Samsung’s attorneys continue to cross-examine Bressler on his earlier conclusions regarding the disputed patents. We will keep you updated as the trial continues.